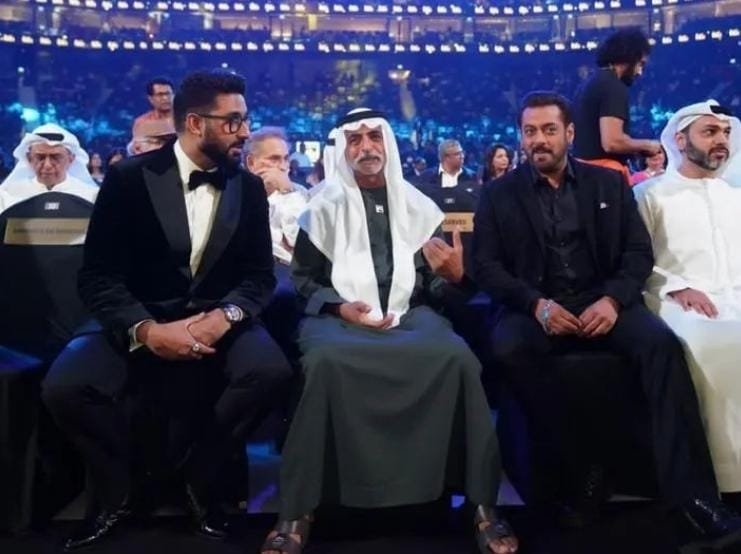 MUMBAI, (IANS) – A picture of Bollywood superstar Salman Khan and actor Abhishek Bachchan sitting just one seat apart at the recently concluded 22nd edition of IIFA awards 2022 has taken over the internet.

In the image, the two actors are seen having a deep conversation with Sheikh Nahyan as they got photographed sitting in the front row.

Fans could not seem to control their excitement on seeing the two actors together.

A user wrote: “Good to see them together… Matured people.”

Another wrote: “Abhishek and Salman in one frame.”