HomeIndiaI Protested Against ED Questioning Rahul, Why is my Brother Being Targeted Asks Rajasthan CM

I Protested Against ED Questioning Rahul, Why is my Brother Being Targeted Asks Rajasthan CM 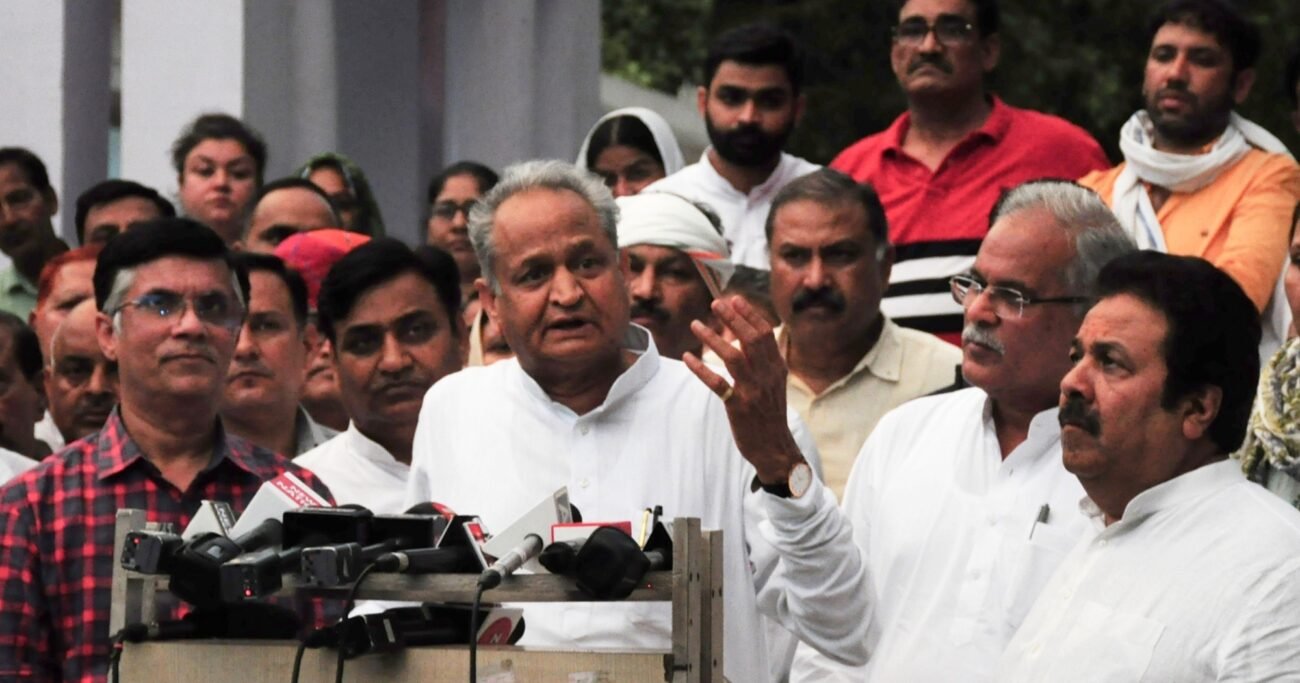 I Protested Against ED Questioning Rahul, Why is my Brother Being Targeted Asks Rajasthan CM

JAIPUR, (IANS) – Rajasthan Chief Minister Ashok Gehlot on Jen 17 expressed anger and surprise at the CBI raid at his brother’s place in the morning and said that this approach is beyond comprehension.

“I had sought time from CBI and ED as well as from Income Tax chief for a meeting on June 13. However, the case was registered on June 15 and raids were conducted on June 17. What is the approach? This is beyond comprehension,” he added.

“I joined the protest against the ED questioning Rahul Gandhi, so why is my brother being targeted? He has nothing to do with politics. No member of my family is in politics. It is beyond comprehension that first ED and now CBI reached his place. Even the public does not like it. The more people you harass, the more backlash there will be for them,” he added.

Gehlot said, “No one knows PM Modi’s brother, in the same way my brother is not known. Earlier too, when the state government was in crisis, my brother’s residence was raided by the ED.”

“I came today, I will go to Delhi on Sunday and will take part in the movement again on Monday. You are torturing Sonia Gandhi and Rahul Gandhi. The company running the National Herald newspaper is a non-profit company. You can’t take profit of one rupee, so how did money laundering happen,” he questioned.

Gehlot stated, “I will again ask for time from the heads of CBI, ED, Income Tax. As the Chief Minister and a citizen, I will tell them what the public’s opinion is of them in the country and why it persists.”

“Today as the Chief Minister, and the Prime Minister in a democracy, we should hear people no matter whether the thing appeals to us or not. Now, they are bureaucrats, they should listen to us too; what is the problem in listening? I want to convey to them what I feel and do not understand the reason for not giving time,” he added.

“This is their process, raids are being conducted for 8 years in the country, people are being put in jail and not getting bail; then comes apology, somewhere ED apologizes, somewhere CBI. Why is this happening? What was the matter with Shah Rukh Khan’s son? The whole country has seen, there will be many such cases where such action has taken place and later, they must go on the back foot,” Gehlot commented.

“So, you should think big and there is a limit to take pressure too, I believe that the interest of the country is paramount for all of us. Now let’s see what happens, but we are not going to panic, we will fight,” he added.