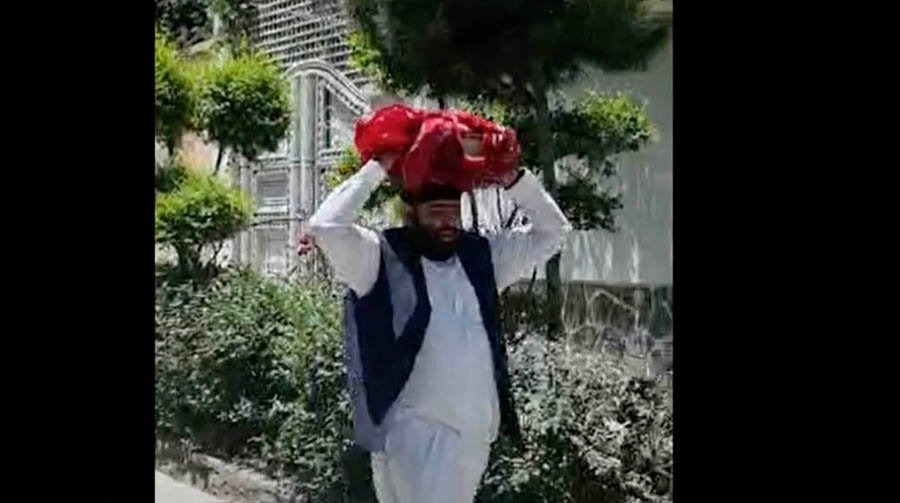 KABUL, (ANI) – The Guru Granth Sahib from the Gurdwara in Afghanistan’s capital city Kabul, which was on June 18 attacked by unidentified assailants was retrieved from the complex, from which plumes of smoke were seen billowing out after the attack, according to visuals posted on social media.

At least two people- a Sikh devotee and a Muslim security guard- were killed in the attack on the Gurdwara Karte Parwan. The Ministry of Interior (MoI) had in an early statement said that several unknown armed individuals had entered the “dharamshala” and used a grenade that resulted in injuring two people. Seven people were injured in the attack.

According to the Afghan interior ministry statement, an explosive-laden vehicle aiming to target the “dharmashala” was thwarted before reaching its goal. Residents said they heard several blasts and gunfire in the area. The attackers were killed, the Afghan minister was quoted as saying by the Afghan news outlet.

Visuals posted by locals on social media shows a barefoot man carrying the Guru Granth Sahib on his head. The visuals show two or three more people, all walking without footwear accompanying him.

According to reports, the Holy Book was taken to the residence of Gurnam Singh, president, Gurdwara Karte Parwan.

According to sources, around 25 to 30 people were inside the gurudwara complex for their morning prayers when the attackers entered the premises. Around 10-15 people managed to escape but the gurdwara’s guard, identified as Ahmad, was killed by the assailants.

Initial inputs suggested that an explosion took place outside the gate of the gurdwara. Another explosion was later heard from inside the complex and some shops attached to the gurdwara caught fire.

In October, last year 15 to 20 terrorists entered a Gurdwara in the Kart-e-Parwan District of Kabul and tied up the guards.

In March 2020, a deadly attack took place at Sri Guru Har Rai Sahib gurudwara in Kabul’s Short Bazaar area in which 27 Sikhs were killed and several were injured. Islamic State terrorists claimed responsibility for the attack.