HomeIndiaIndia and the worldWary of China, New Australian Government Reaches Out to India And Japan

Wary of China, New Australian Government Reaches Out to India And Japan 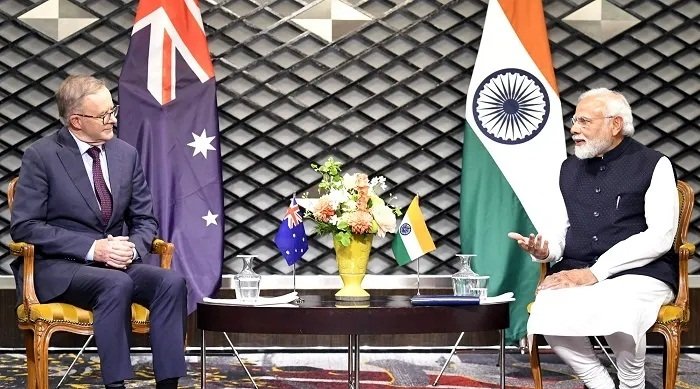 Wary of China, New Australian Government Reaches Out to India And Japan

NEW DELHI (IANS) – Deeply worried by China’s rapidly increasing imprint, Australia said on June 21 that it stands ready to work closer with India in support of an open, inclusive, and resilient Indo-Pacific.

The affirmation from the Anthony Albanese-led government came as Richard Marles, Australia’s new Deputy Prime Minister and the Minister for Defense, kicked off his four-day visit to India.

Charting a fresh trajectory of transformational growth between the two strategic partners, Marles is the first high-ranking official from Australia to land in New Delhi after Albanese was sworn in as the 31st Prime Minister of the country on May 23.

Interestingly, he arrives in the Indian capital after holding talks with Japanese Minister for Defense Kishi Nobuo in Tokyo – another partner in the four-nation Quad grouping.

Canberra has recently raised serious concerns about the Solomon Islands-China security agreement, the lack of transparency and its implications for continuing regional security and stability.

Japan too has conveyed its concerns with regards to the situation concerning the Solomon Islands, saying that it could have a “major impact” on the security environment in the Pacific region.

Only three weeks ago, during the Quad Leaders’ Summit, the Prime Ministers of India, Japan, Australia, and the US President had expressed their support for a free and open Indo-Pacific that is inclusive and resilient.