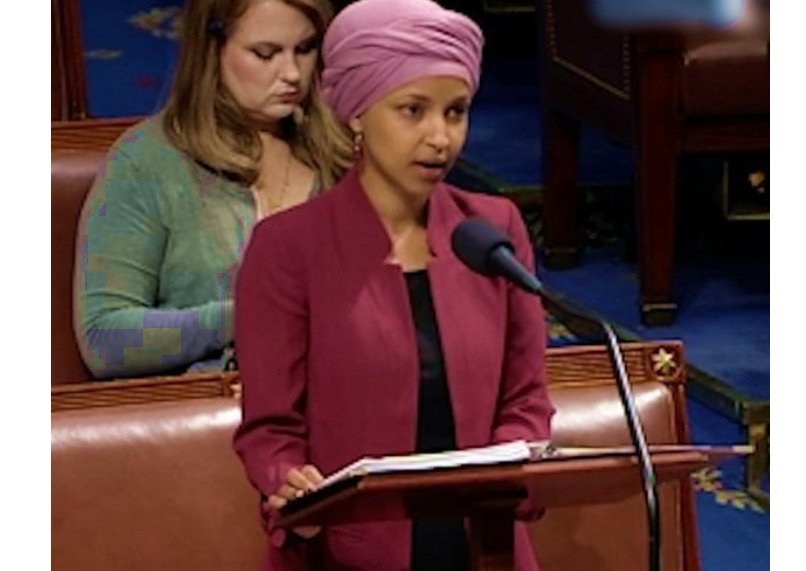 WASHINGTON, DC (IANS) – A pro-Pakistan US lawmaker has introduced a resolution in the House of Representatives calling for the State Department to declare India an egregious violator of religious freedom.

Ilhan Omar, the Democratic member of Congress known to be a sympathizer of Pakistan, is the lead on the resolution that has been co-sponsored by Representatives Rashida Tlaib, Jim McGovern and Juan Vargas.

Omar and Tlaib are the first Muslim American women in Congress, and they have both tended to focus on, among other things, Muslims around the world and threats and challenges confronting them.

The June 22 resolution, which is non-binding unlike legislation, calls upon Secretary of State Antony Blinken to designate India a “country of particular concern”, a categorization used by the US under its International Religious Freedom Act for countries it considers are the most egregious violations of religious freedom.

“The Indian government must be held responsible for human rights violations against religious and cultural minorities,” Omar said.

“In recent years, the Indian government has been escalating repressive policies against Muslims, Christians, Sikhs, and Dalits. It is past time for the State Department to acknowledge the reality of the situation in India and formally designate India as a Country of Particular Concern under the International Religious Freedom Act,” she added.

Omar has been a strident critic of the Narendra Modi-led government and has targeted its decisions earlier to revoke the special constitutional status of Kashmir.

The Congresswoman has also been an unabashed supporter of Pakistan and visited the country in April as a guest of its government. There is nothing wrong with it. US lawmakers are allowed such sponsored visits.

India had reacted sharply to the visit.

“We have noted that US Representative Ilhan Omar has visited a part of the Indian Union Territory of Jammu and Kashmir that is currently illegally occupied by Pakistan,” a spokesperson for the Ministry of External Affairs had said.

“If such a politician wishes to practice her narrow-minded politics at home, that may be her business. But violating our territorial integrity and sovereignty in its pursuit makes it ours. This visit is condemnable.”

Omar’s resolution relies heavily on a recent report of the US Commission on International Religious Freedom, a government agency set up by Congress, to make her case for designating India. The resolution cites the report repeatedly.

This report had also recommended to the State Department that it should designate India a country of particular concern. But the recommendation was not accepted.

In fact, the commission had made the same recommendation in 2021 also and it had met the same fate then.