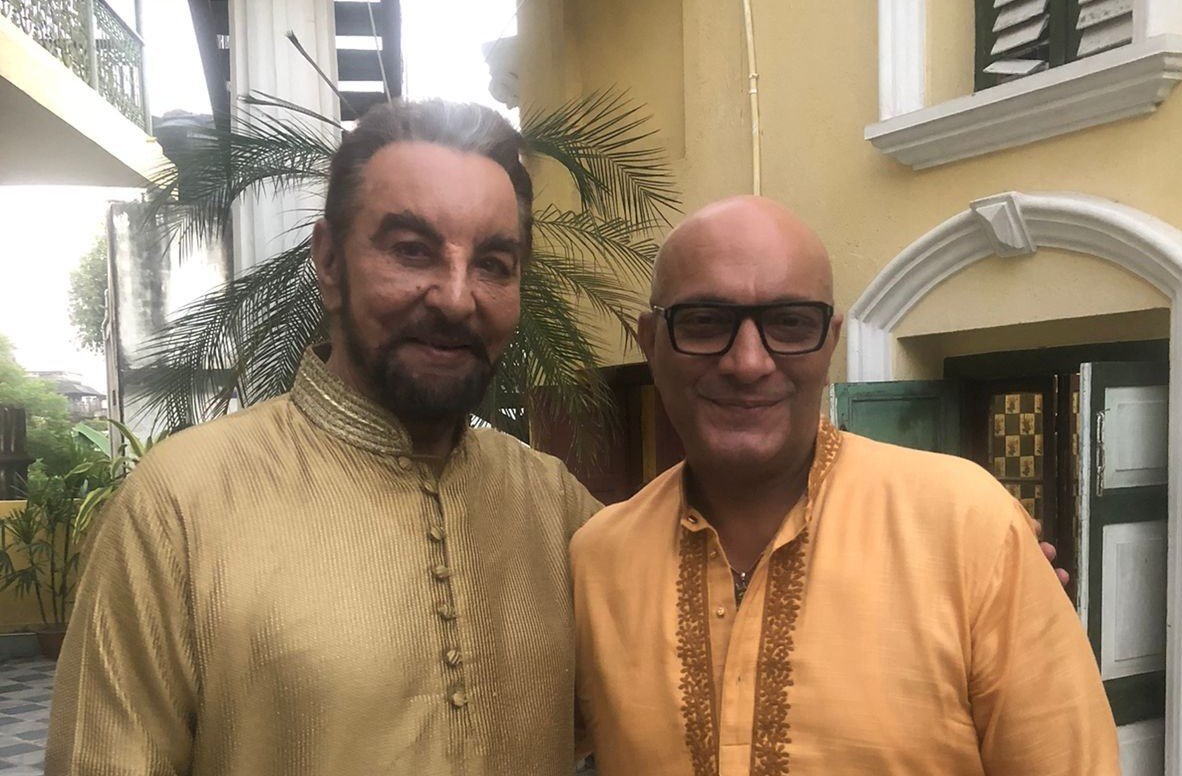 MUMBAI — “Sandokan” a.k.a. Kabir Bedi returns, this time as royalty in “The Jangipur Trial.” An ensemble cast film, it took the magical call of creative producer Amit Behl and the tapestry of a crime thriller woven by director Debaditya Bandopadhyay that made Bedi give an instant nod to “The Jangipur Trial” over a phone narration.

It is not just that. Bedi actually took the earliest flight the following day to Kolkata, braved an eight-hour road travel as rustic and bumpy as can be, and freshened and reached the shoot the same day, looking as dashing as ever!

The unit had already got his costumes in place and in the rural locale, there was still a vanity to welcome the enthusiastic actor.

“I simply love the story, the plot and the ensemble cast. It is a give and take of seasoned actors that takes a film to another level,” reasons Bedi.

We are amazed by the relentless dedication of this amazing 75-year-young actor whose career has spanned three continents covering India, United States and Italy, among other European countries, through film, television and theater. With nearly 150 films and international TV series including “Sandokan,” “Knight Rider,” “Dynasty,” “Bold And The Beautiful,” “Highlander” and the James Bond adventure “Octopussy” under his belt, it is fascinating that Bedi still craves for a creative high with every new project.

“The Jangipur Trial” relives the golden age of cinema when single-screen theatres were plenty. The crime thriller also marks the comeback and Hindi debut of three time-sitting MP Satabdi Roy.

The film is being shot in the virgin locations of Berhampore, Murshidabad, Azimganj and Moregaon besides Jangipur.