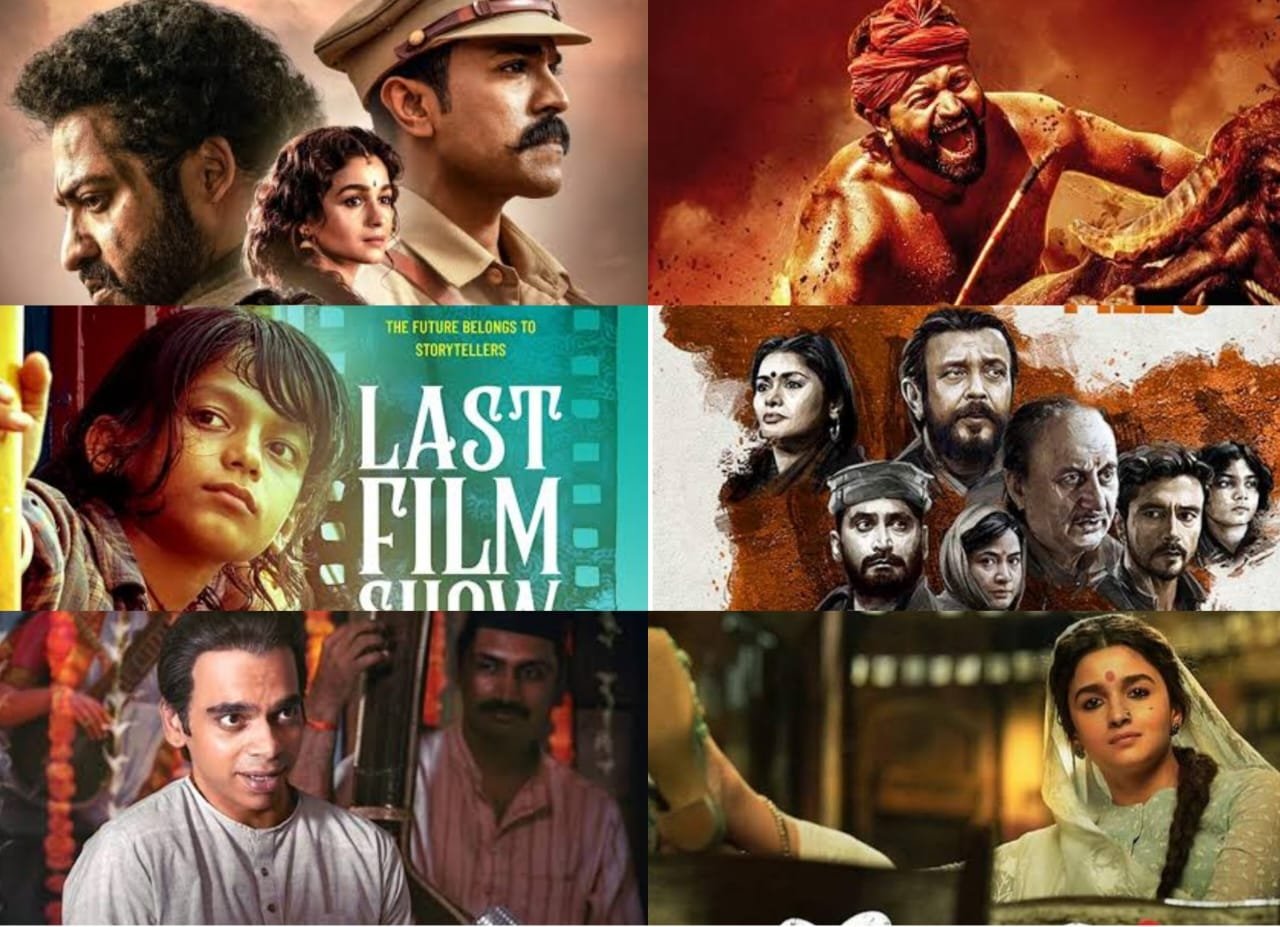 LOS ANGELES, CA (IANS) – Six Indian feature films — the much-favored ‘RRR’, India’s official entry ‘Chhello Show’, the sleeper hit ‘Kantara’, ‘The Kashmir Files’, ‘Gangubai Kathiyawadi’ and ‘Me Vasantrao’, the Marathi-language biopic on classical singer Vasantrao Deshpande — are on the list of 301 movies that are eligible for the 95th Oscars.

The Academy of Motion Picture Arts and Sciences unveiled the list on January 9). It includes presumed contenders such as ‘Elvis’, ‘The Fabelmans’ and ‘Living’. The number of movies marks an increase from last year’s 276 films that were eligible from 2021, and down from 366 in 2020 at the height of the pandemic.

All these expected contenders are listed on the Academy’s annual Reminder List of Productions Eligible for the 95th Academy Awards, including the performers eligible for consideration in the acting categories.

The highest-grossing movies of the year, including ‘Avatar: The Way of Water’, ‘Top Gun: Maverick’ and ‘Black Panther: Wakanda Forever’ are on the robust list, while critically acclaimed features such as ‘The Banshees of Inisherin’, ‘Everything Everywhere All at Once’ and ‘Tar’ are also in the mix.

The streamers are well-represented with Netflix’s ‘All Quiet on the Western Front’ and ‘Glass Onion’, Amazon’s ‘Argentina, 1985’ and ‘Thirteen Lives’ and Apple’s ‘Cha Cha Real Smooth’ and ‘Emancipation’.

There’s also a good number of international features, even if they’re not their country’s official submission, such as ‘RRR’ and Hirokazu Kore-eda’s Korean drama ‘Broker’.

There is also a solid showing for women-directed vehicles such as Gina Prince-Bythewood’s ‘The Woman King’, Charlotte Wells’s ‘Aftersun’ and Sarah Polley’s ‘Women Talking’.

The Academy’s 9,579 eligible voting members will begin filling out their ballots on January 12 and ballots will close on January 17 at 5:00 p.m.

The official Oscar nominations will be announced on January 24.