HomeEntertainmentCinemaAdoor Gopalakrishnan hands over his ancestral land to Kerala Govt

Adoor Gopalakrishnan hands over his ancestral land to Kerala Govt 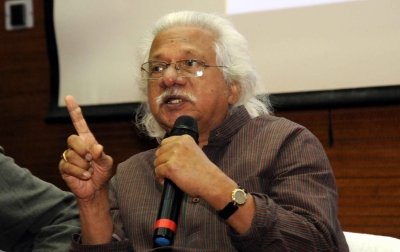 Adoor Gopalakrishnan hands over his ancestral land to Kerala Govt

THIRUVANANTHAPURAM (IANS) – Legendary film maker Adoor Gopalakrishnan on Feb.4 informed the Kerala government that he will be giving away 13 cents of land (100 cents is one acre) which is his inherited property at his home town Adoor.

The 80-year-old filmmaker in his glittering career, has won the national film awards 16 times, 17 Kerala State awards besides numerous international awards and also the Dadasaheb Phalke Award in 2004. The country decorated him with a Padma Shri in 1984 and followed it up with the Padma Vibhushan in 2006.

His last feature film was “Pinneyum” in 2016 and it featured the then popular Mollywood pair of Dileep and Kavya Madhavan.

Adoor graduated from the Gandhigram Rural University in 1960 and left a government job as a statistical investigator to study cinema at the Film Institute of India, Pune in 1962. After graduating from there in 1965, he has never had to look back.