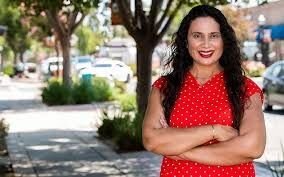 Singh-Allen is the first directly elected Indian American Sikh woman mayor in the country, according to the news release.

She embodies the principles of being a strong Sikh woman who upholds the values of being honest, compassionate, generous and humble and displays integrity, service and spirituality, the committee said.

She engages in selfless service everyday striving for justice for the benefit and prosperity of all, it adds.

Singh-Allen joined the Elk Grove Unified School District in 2012, shortly after the murder of two innocent Sikh men. She headed the call to service recognizing that the school district provided an opportunity to teach greater tolerance and respect for all communities, including Sikhs, the release said.

Since the beginning, she has been a champion against bullying and spreading greater awareness of Sikhism is schools. She led the effort to create the Sikh Awareness and Appreciation Month every November, it said.

Schools are provided resources throughout the school district from the Sikh Coalition and Jakara Movement to incorporate into classrooms. She has helped secure trainings and workshops on Sikhism in many schools.

She has helped many families throughout the district and greater community addressing bullying and hate crimes. Recently, she led the efforts to include Sikhism in textbooks as part of the student’s curriculum, the release adds.

“We applaud and celebrate Mayor Singh-Allen and know she will work hard for her community in Elk Grove and beyond,” the committee said.