HomeEntertainmentArchie, Veronica, Jughead, and Betty Come to the Screen in New Musical Directed by Zoya Akhtar

Archie, Veronica, Jughead, and Betty Come to the Screen in New Musical Directed by Zoya Akhtar 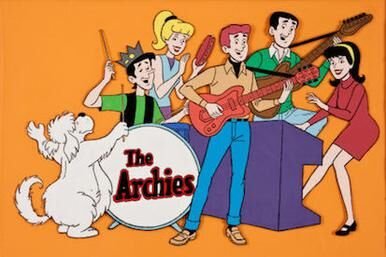 Archie, Veronica, Jughead, and Betty Come to the Screen in New Musical Directed by Zoya Akhtar

MUMBAI — Netflix, in collaboration with Archie comics, brings a coming-of-age story that will introduce the teenagers of Riverdale to a new generation in India. “The Archies,” a feature film adaptation of the comics, will be produced by Tiger Baby and Graphic India and will premiere exclusively on Netflix. A live action musical set in 1960s India, the film will be directed by Zoya Akhtar.

Talking about this collaboration, director Akhtar said, “I am super excited to have the chance to bring “The Archies” to life. It was a large part of my childhood and teenage years. The characters are iconic and globally loved, which is also why I am a little nervous. I have to make sure the film stokes the nostalgia of a generation that grew up on the comic and yet resonates with young adults today.”

“It’s a huge source of pride that the Archie Comics characters and stories resonate with fans globally, and especially in India, for more than 50 years,” said Archie Comics CEO/Publisher Jon Goldwater. “We are thrilled to partner with Netflix and trust Zoya Akhtar and her creative team to deliver a truly unique and exciting take on Archie and friends through the lens of Indian cinema.”

“We know that these characters have global appeal and translating them into other settings and cultures is just the start of what we have planned for future multimedia adaptations.”

Pratiksha Rao, director, Films and Licensing, Netflix India, added, “The characters, adventures and friendships in Archies have found fans across the world for generations. With Archie Comics, Graphic India and Tiger Baby, we have an extraordinary opportunity to recreate the world of Archie comics, this time as a live action musical.”

“Zoya has an incredible and unique ability to make stories and the characters in them relatable, making them feel like they are an extension of our own self. We are thrilled to partner with her in bringing to life the world of Archies to fans and our members in India and around the world.”

Akhtar and Reema Kagti co-produce the film for Tiger Baby along with Graphic India’s Sharad Devarajan.

Archie Comics is the leading mass market comic book publisher in the world and the home to a wide array of the most popular humor, action-adventure and superhero characters in entertainment, including Archie, Jughead, Betty and Veronica, Reggie, Kevin Keller, Josie and the Pussycats, Sabrina the Teenage Witch, Afterlife With Archie, the Dark Circle Comics superhero characters (The Black Hood, The Fox, The Shield, Sam Hill and more), Li’l Jinx and many more. Archie Comics have sold over 2 billion comics worldwide and are published around the world in a number of languages. In addition to comics, the Archie Comics characters are spotlighted weekly on The CW’s “Riverdale and Katy Keene” TV series and the Netflix series “Chilling Adventures of Sabrina,” and have been featured in animation, television, film and music.