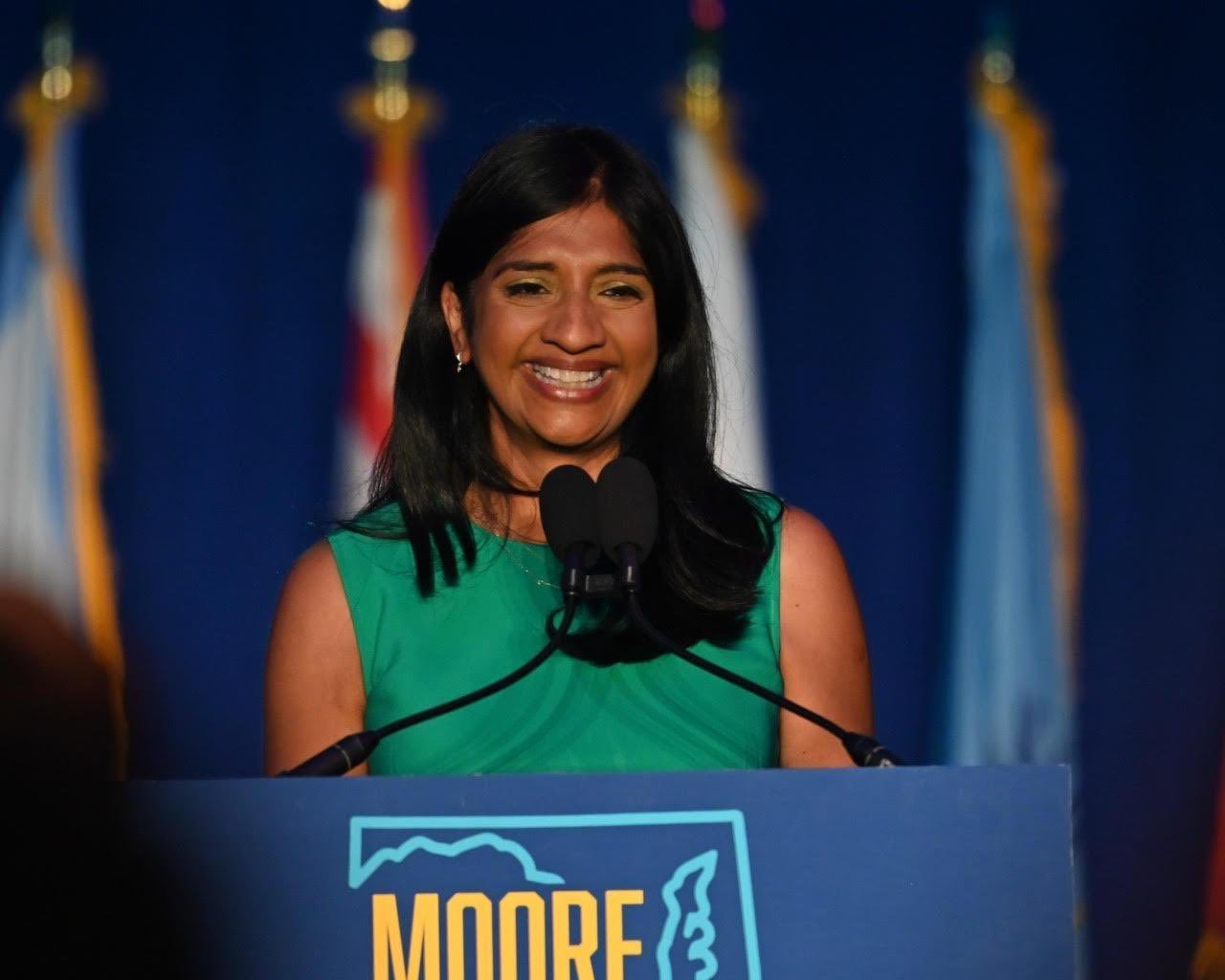 “I am humbled and honored to be your lieutenant governor-elect,” tweeted Aruna Miller after the election night celebrations.

ANNAPOLIS, MD – Aruna Miller has been elected Lieutenant Governor of Maryland in the midterm elections in which the Democrats wrested the top spots in the state from the Republicans.

The winners make history in the state, Miller as the first Indian-American or Asian American Lieutenant Governor, and Moore as the state’s first African-American Governor.

The Hyderabad-born Miller is also the first Indian-American to be elected a state Lieutenant Governor, although two Republicans from the community have been elected Governors, Bobby Jindal in Louisiana and Nikki Haley in South Carolina.

The 58-year-old immigrated to the US from India when she was seven.

In a series of tweets, Miller wrote: “Ever since I came to this country in 1972, I’ve never stopped being excited for the promise of America. I will never stop fighting to make sure that promise is available to everyone.

“And this promise begins with a commitment to deliver a Maryland where we Leave No One Behind.”

Thanking her voters, Miller said she wants to build a Maryland where people feel safe in their communities and in their skin.

“Maryland, tonight you showed the nation what a small but mighty state can do when democracy is on the ballot. You chose unity over division, expanding rights over restricting rights, hope over fear. You chose Wes Moore and me to be your next Governor and Lieutenant Governor,” she added.

Miller had served two terms as a member of the state’s House of Delegates, the lower chamber of the legislature, starting in 2010.

She tried to run for Congress in 2019 but lost the Democratic primary election for selecting the party’s candidate.

Miller is married to her collegemate David Miller and they have three adult daughters.

After getting a bachelor’s degree in civil engineering from the Missouri University of Science and Technology she worked in California, Hawaii and Virginia before moving to Maryland, where she was employed by the department of transportation of Montgomery county.