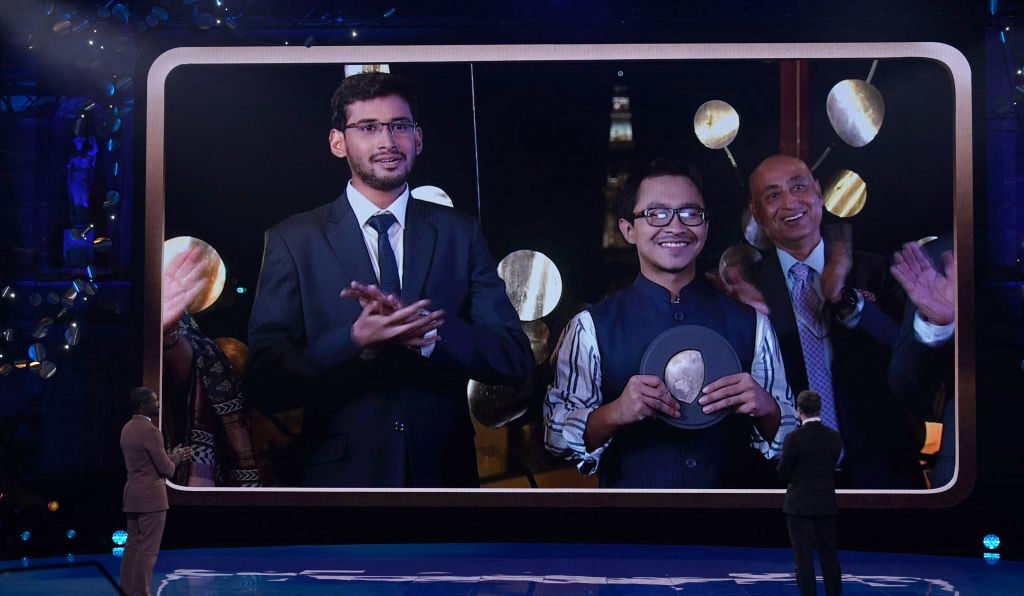 British actor David Oyelowo (left) announces Takachar, from India, as the winner of the Clean Our Air award on stage during the inaugural Earthshot Prize awards ceremony at Alexandra Palace in London on Oct. 17, 2021. (Yui Mok/Pool/AFP via Getty Images)

NEW DELHI – The British High Commission held a special reception Oct. 19 to celebrate the winner and the finalist of the inaugural Earthshot prize.

India’s Vidyut Mohan was named amongst five winners in a ceremony held in London on Oct. 17. His initiative called Takachar was the winner in the ‘Clean Our Air’ category and won £1 million (the equivalent of over $1.3 million) as prize money, according to official release by British High Commission.

Takachar develops small scale, low-cost portable systems that convert farm residue into high-value bio products which enables farmers to increase their income by 30% and reduce smoke emissions by 98%, which in turn helps improve the air quality. It could potentially cut carbon emissions by a billion tons in a year.

Vinisha Umashankar, 14, made it to the list of 15 finalists and her project will receive tailored support from The Earthshot Prize Global Alliance, an unrivalled network of philanthropies, NGOs, and private sector businesses around the world who will help scale their solutions.

Deputy British High Commissioner to India Jan Thompson said: “I would like to congratulate both Vidyut and Vinisha for their achievement. Earthshot aims to provide the right direction to the innovative solutions offered by young people around the globe in our collective fight against climate change.”

“It’s also reminder for leaders around the globe as we approach COP26 that young generation is looking up to them for concrete action to save and restore our planet.”