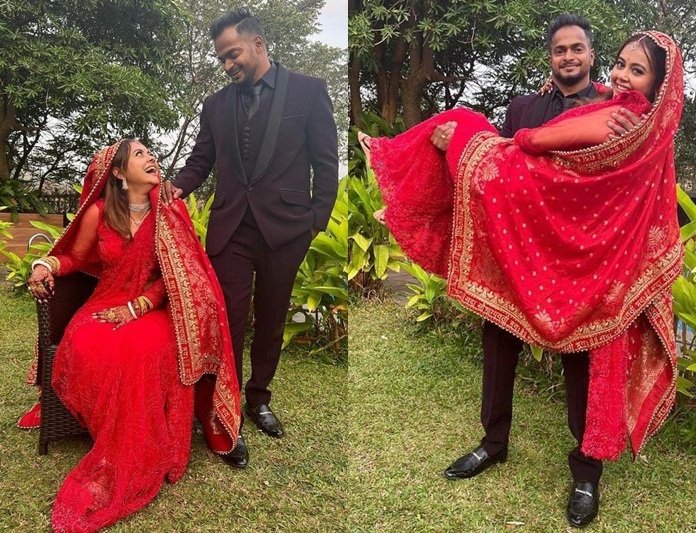 LONAVALA, (IANS) – TV actress Devoleena Bhattacharjee has got married to her gym trainer Shahnawaz Sheikh. They tied the knot here in the presence of members of their families and some friends, including Vishal Singh and Bhavini Purohit.

For the past few days, Devoleena was posting pictures of her haldi and mehndi ceremonies, along with Vishal, her ‘Saath Nibhaana Saathiya’ co-actor, giving rise to the speculation that the two had gotten married.

Putting an end to the speculation, the actress posted pictures with Shahnawaz on her Instagram handle.

Devoleena wrote in the caption: “And yes proudly I can say I am taken and yes by Shonu … “

Shahnawaz helped her when she met with an accident on the sets of ‘Saath Nibhaana Saathiya’. He gave her physiotherapy. They have dated each other for several years.

Although Devoleena became popular as Gopi Bahu in ‘Saath Nibhaana Saathiya’, she has also appeared on shows such as ‘Laal Ishq’ and in two seasons of ‘Bigg Boss’.