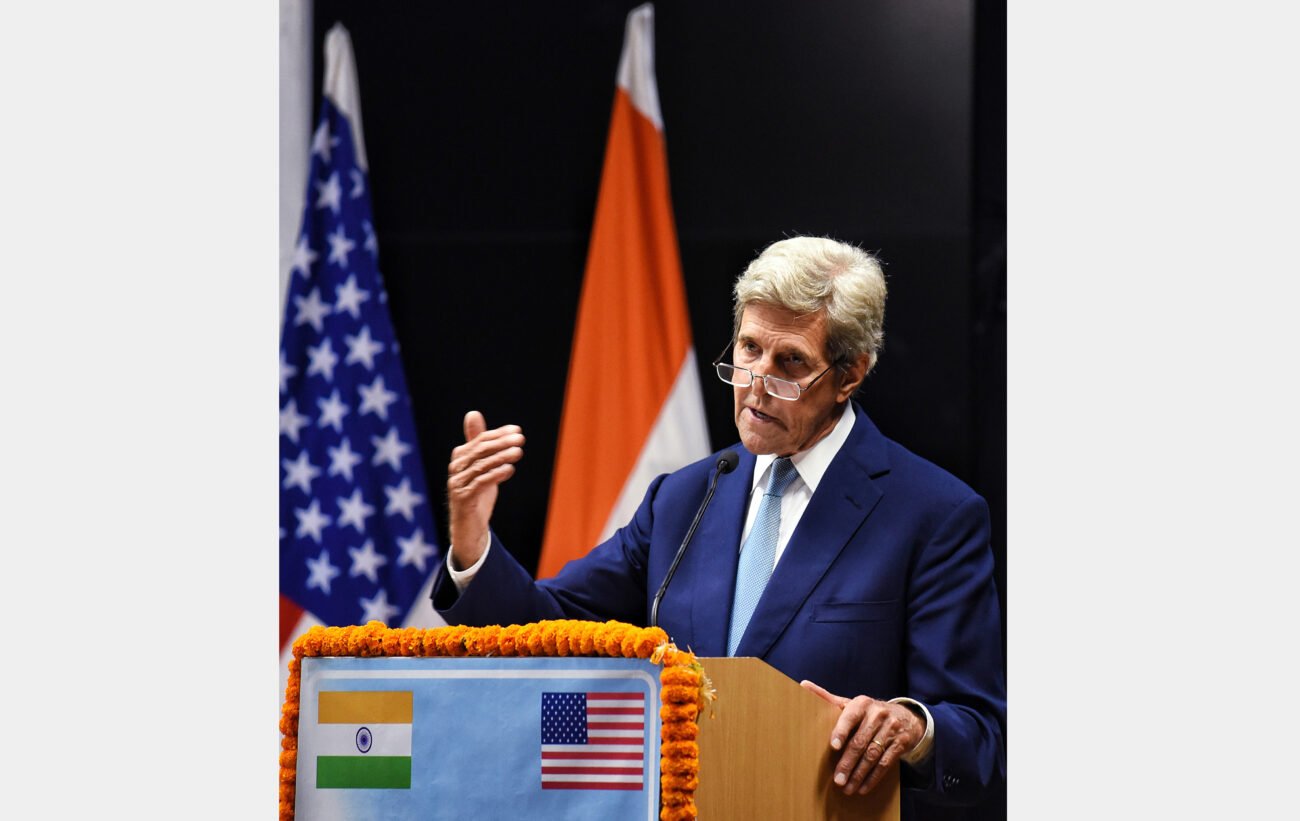 DAVOS, (IANS) – India has joined the US-led First Movers Coalition, a flagship public-private partnership to clean up the most carbon-intensive industry sectors, from heavy industry to long-distance transport.

The coalition on May 25 announced a major expansion to more than 50 corporate members worth about $8.5 trillion and a total of nine leading governments, including the US, covering over 40 percent of global GDP.

US Special Presidential Envoy for Climate John Kerry made the announcement alongside Bill Gates, founder of Breakthrough Energy, at a press briefing hosted by the World Economic Forum.

In addition to the US government, the coalition welcomed India, Japan, and Sweden to the steering board, as well as Denmark, Italy, Norway, Singapore, and the UK as government partners.

These government partners will invite companies from their countries to join the coalition and will pursue public policies to commercialize the green technologies corporate members commit to purchasing.

Led by the World Economic Forum and the US government, the First Movers Coalition targets sectors including aluminum, aviation, chemicals, concrete, shipping, steel, and trucking, which are responsible for 30 percent of global emissions – a proportion expected to rise to over 50 percent by mid-century without urgent progress on clean technology innovations.

To jump-start the market, the coalition’s members commit to purchasing — out of their total industrial materials and long-distance transport spending — a percentage from suppliers using near-zero or zero-carbon solutions, despite the premium cost.

If enough global companies commit a certain percentage of their future purchasing to clean technologies in this decade, this will create a market tipping point that will accelerate their affordability and drive long-term, net-zero transformation across industrial value chains.

Kerry said the purchasing commitments made by the First Movers Coalition represent the highest-leverage climate action that companies can take because creating the early markets to scale advanced technologies materially reduces the whole world’s emissions — not just any company’s own footprint.