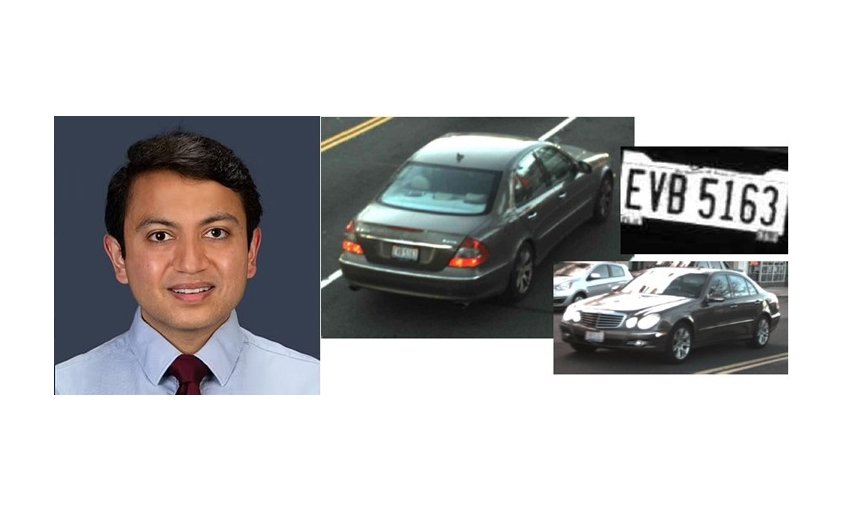 Dr.Rakesh Patel, 33, was killed when car jackers ran over him. (IANS photo)

WASHINGTON, DC (IANS) – An Indian American ICU doctor has been killed by persons who allegedly stole his Mercedes Benz and hit him with the car, according to police here.

Police said that the suspect entered Dr.Rakesh Patel’s car when he was outside it and hit him while fleeing in the vehicle on Mar.8.

Police have announced a $25,000 reward for the capture of the person/s who were involved in the killing.

While the car was recovered, the suspects had not been captured as of Mar.11.

WJLA TV said that when Patel, 33, stepped out of his car to give his girlfriend a package, the thieves entered the car and started to drive away.

“In a panic, he ran after them somehow getting in front of the car. The car thieves ran him down killing him” while his “girlfriend watched in horror”, the TV station reported.

According to NBC4 Washington TV, Patel’s father and two siblings are also doctors.

Patel of Silver Spring, MD was the youngest child and his mother Charulatta told the station, “I always used to call him my baby”.

Calling the killing senseless, she asked: “For what? A car?”

Washington, has seen a spike in carjackings, vehicle thefts and major crimes in the aftermath of anti-police protests that followed the killing of an African-American man by police two years ago in MN.

The Washington Post reported that carjackings in the area has “spiked 200 per cent from 2019 to 2021, and continue to rise this year.”