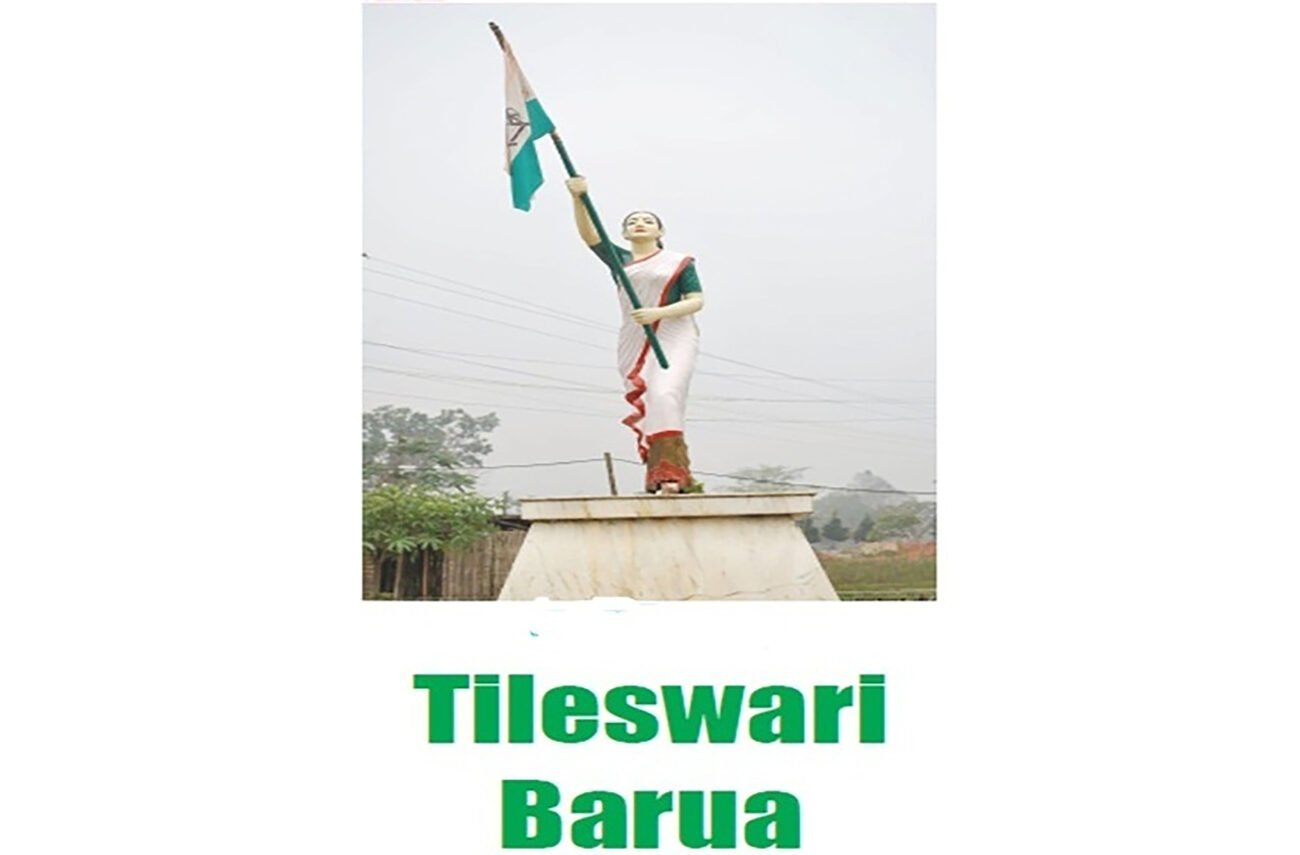 GUWAHATI – Twelve-year-old Tileswari Barua, the country’s youngest martyr from a remote village in Assam, who took a bullet from the colonial police and died for the country, has finally got her place in history after eight decades.

A short distance from here, Dhekiajuli village, was the worst scene of police brutality during the Quit India phase of the freedom movement in 1942.

As several hundred Satyagrahis had converged at the local police station on September 20, 1942, to raise the Tricolor following Gandhiji’s “Karenge ya Marenge” (do or die) call, the police rained bullets indiscriminately on the unarmed masses, killing at least 15 persons, including Tileswari.

Their tale of supreme sacrifice have remained unrecognized and unheard of in the rest of the country. Equally heart-rending are the stories of martyrdom and sacrifice by Manbar Nath, Kumoli Devi, Mahiram Koch, Ratan Kachari, Sorunath Chutia, Maniram Kachari, Dayal Panika, Lerela Kachari, Khahuli Devi, Mangal Kurku, and other nameless persons, one of whom was a beggar, and the other a monk.

It was only in February last year that the saga of Dhekiajuli came out in detail in a book called ‘Dhekiajuli 1942: The Untold Story’.

Written by Samudra Gupta Kashyap, the book for the first time takes this hitherto forgotten history to the outside world. The Dhekiajuli police station where the worst massacre during the Quit India movement took place, has also been declared a heritage structure by the Assam government.

In no other place in the subcontinent had so many people attained martyrdom during 1942 as had happened in Dhekiajuli on that fateful day. While names of 14 martyrs, including four women, have been confirmed by local chroniclers, there are at least six more names of persons who had died in the subsequent weeks after having sustained grievous injuries because of police firing, lathi-charge and attack by the hired miscreants.

The only daughter of Bhabakanta Barua, a marginal peasant, Tileswari was so influenced by the patriotic songs composed by Jyotiprasad Agarwala which the satyagrahis sang, that she voluntarily joined the procession that local Congress leaders had organized to hoist the Tricolor atop the local police station.

Carrying a small flag in her hand, Tileswari was in the crowd which had entered the police station compound.

She saw Manbar Nath, Golok Neog and Chandrakanta Nath trying to hoist the flag amid the police firing. She saw from very close quarters Mahiram Koch falling to a bullet. This sight suddenly turned the little girl into a ferocious tigress, and she began to rush forward shouting ‘Vande Mataram’. A couple of steps forward, and she was thrown off balance by a bullet,” Kashyap said, referring to the descriptions as documented by local historians.

Two ‘Mrityu Vahini’ volunteers immediately lifted the profusely bleeding Tileswari, carried her out of the police station and placed her on the verandah of a shop across the road.

While some volunteers tried to give her some first aid, her maternal uncle Nandiram Bhuyan, on spotting her, picked her up on his back and began to run, only to reach a barricade on a bridge on the main road, where police backed miscreants armed with sticks, allegedly hired by the police, began to attack them.

Bullet hit Tileswari fell on the road, and Bhuyan managed to crawl away from the midst of the miscreants to take shelter behind some bushes in the nearby field.

Notwithstanding he waited for an opportune moment to rescue his niece to take her to the health center, Bhuyan after a couple of hours later witnessed a police truck picking up Tileswari from the road.

“Whether Tileswari died on the road itself or elsewhere could not be ascertained because the police never returned her, alive or dead. Though yet to be officially recognised by the government, 12-year-old Tileswari Barua is undoubtedly the youngest martyr of India’s freedom movement,” Kashyap claimed.

One of the several significant aspects of the Dhekiajuli incident is the huge participation of poor peasants, women, and members of the tea tribe communities.