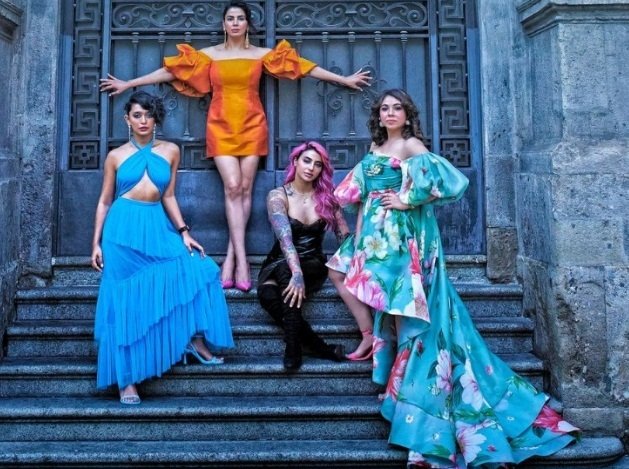 MUMBAI, (IANS) – Actresses Maanvi Gagroo, Sayani Gupta and Bani J revealed an interesting behind-the-scenes moment where they jumped into a freezing lake to get the perfect shot for the third season of ‘Four More Shots Please!‘

Maanvi, who plays Siddhi in the show, said: “When we were shooting in Italy, we had to shoot a lake scene, and it was freezing cold. The water was so cold that our director Joyeeta (Patpati) asked us to skip it. But Bani was prepared to do it, leaving Joyeeta surprised. That pumped us up and Sayani and I too decided to go for it.”

Revealing how she convinced them to live this once in a lifetime moment, Bani said: “I got you guys, you have my back, don’t worry. But then, something unexpected happened. The scene was shot in a single take, as it was the last shot of our outdoor schedule.”

“I was hyping everyone up as I was super excited to go for it. I ran towards the lake and jumped, and then I realized it’s deeper than I imagined, my heart went numb. I was like ‘Oh Goodness, Breathe! But before I could warn Sayani and Maanvi to not take the risk, it was too late.”

Bani revealed that she has all the moments captured on her phone, but viewers will have to wait until the season drops on October 21.

“I have been the unofficial BTS videographer. In every season, whenever we shoot something, I’m always ready with my phone to capture photos and videos. I’ve created a new season for myself. When the team sees the vlogs, they will get a flashback of all their memories, but this will go only after the season is out.”