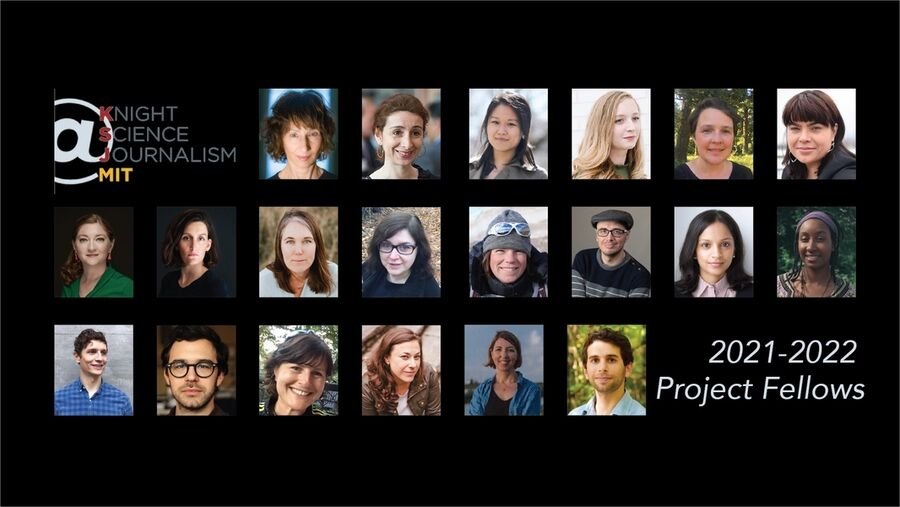 Sushma Subramanian can be seen 7th from left in the middle row.Tasmiha Khan is not pictured. (MIT/Sudhi Oberoi photo)

Subramanian is a health and science journalist and author of “How to Feel: The Science and Meaning of Touch.”

Her byline has appeared in Slate, The Atlantic, Elle, Scientific American, Discover and others.

She has twice been a finalist for the Livingston Award for Young Journalists and won a Newswomen’s Club of New York Front Page Award. She will be writing about the ethics behind the commodification of breast milk, it said.

Khan is a freelance writer from the Midwest. She champions marginalized communities, particularly the Muslim American population, including women and children.

Her work has appeared in National Geographic, The New York Times, Forbes, The Daily Beast, Vox and VICE, among others. Her project will be examining the science of ensuring cultural and religious competent care for pregnant and perinatal Muslim women, MIT said.

It marks the second year that KSJ will offer the remote project fellowships, which were established in response to the unique challenges and public health concerns presented by the Covid-19 pandemic.

The fellowships are designed to support journalists pursuing a diverse range of projects related to science, health, technology, and the environment.

Each fellow will receive a stipend and a budget for project-related expenses, as well as access to seminars, workshops, mentoring, and a large offering of online resources at MIT.

The Knight Science Journalism Program, supported by a generous endowment from the John S. and James L. Knight Foundation, is recognized around the world as the premier mid-career fellowship program for science writers, editors, and multimedia journalists.

The program’s goal is to foster professional growth among the world’s small but essential community of journalists covering science and technology, and encourage them to pursue that mission, first and foremost, in the public interest.

Since its founding in 1983, the program has hosted more than 350 fellows representing media outlets from The New York Times to Le Monde, from CNN to the Australian Broadcasting Corporation, and more.