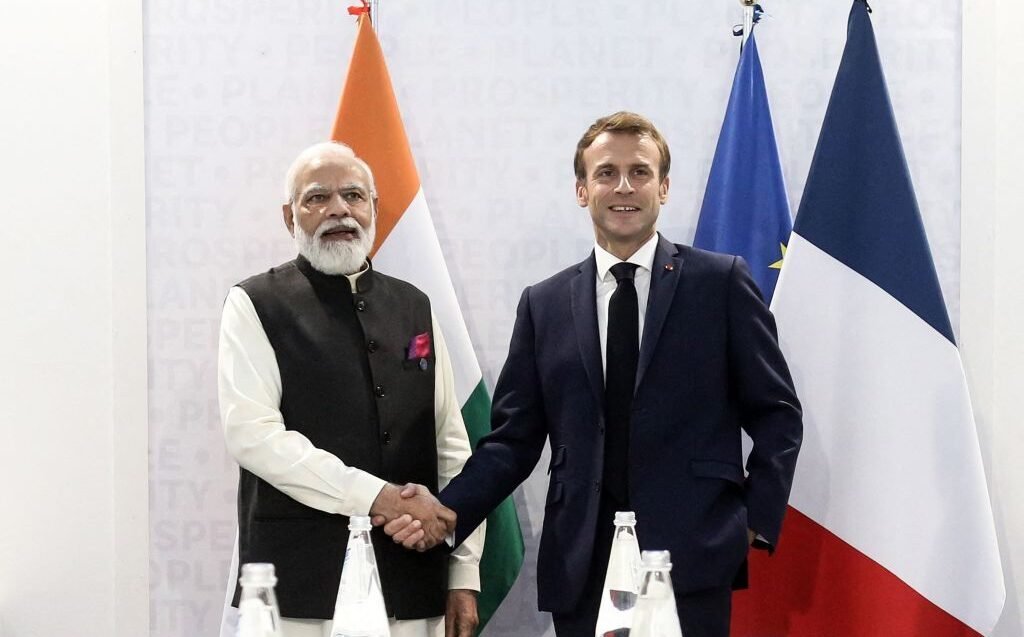 ROME (AP)— French President Emmanuel Macron and Indian Prime Minister Narendra Modi have agreed to boost ties in the Indo-Pacific region during a meeting on the sidelines of the Group of 20 summit on Oct. 30.

Macron’s office said France and India will open a “strategic dialogue” next week in Paris to set a common agenda. The talks will address bilateral, regional and international issues.

France has said India is its “main partner” in the Indo-Pacific area after the announcement in September of a secretly negotiated submarine deal between Australia, the U.S. and Britain.

Macron’s office listed “trust” and “independence” amid principles which must guide France and India’s actions in the region shaken by concerns over the growing influence of China.

IANS adds: Wide-ranging talks on the India-France Strategic Partnership and climate finance were among the issues Prime Minister Narendra Modi discussed during a bilateral meeting with President of France, Emmanuel Macron at Rome, Italy, on Oct. 30.

Meeting on the sidelines of the G20 Leaders’ Summit, the two leaders expressed satisfaction at the state of the wide-ranging India-France Strategic Partnership, a statement from the Prime Minister’s Office said in New Delhi.

The two leaders also reaffirmed their commitment to cooperate in the Indo-Pacific and to find new and innovative ways to contribute towards a free, open and rules-based order in the region.

A day ahead of the COP26, the two leaders discussed the need to focus on issues of climate finance at the crucial COP meet.