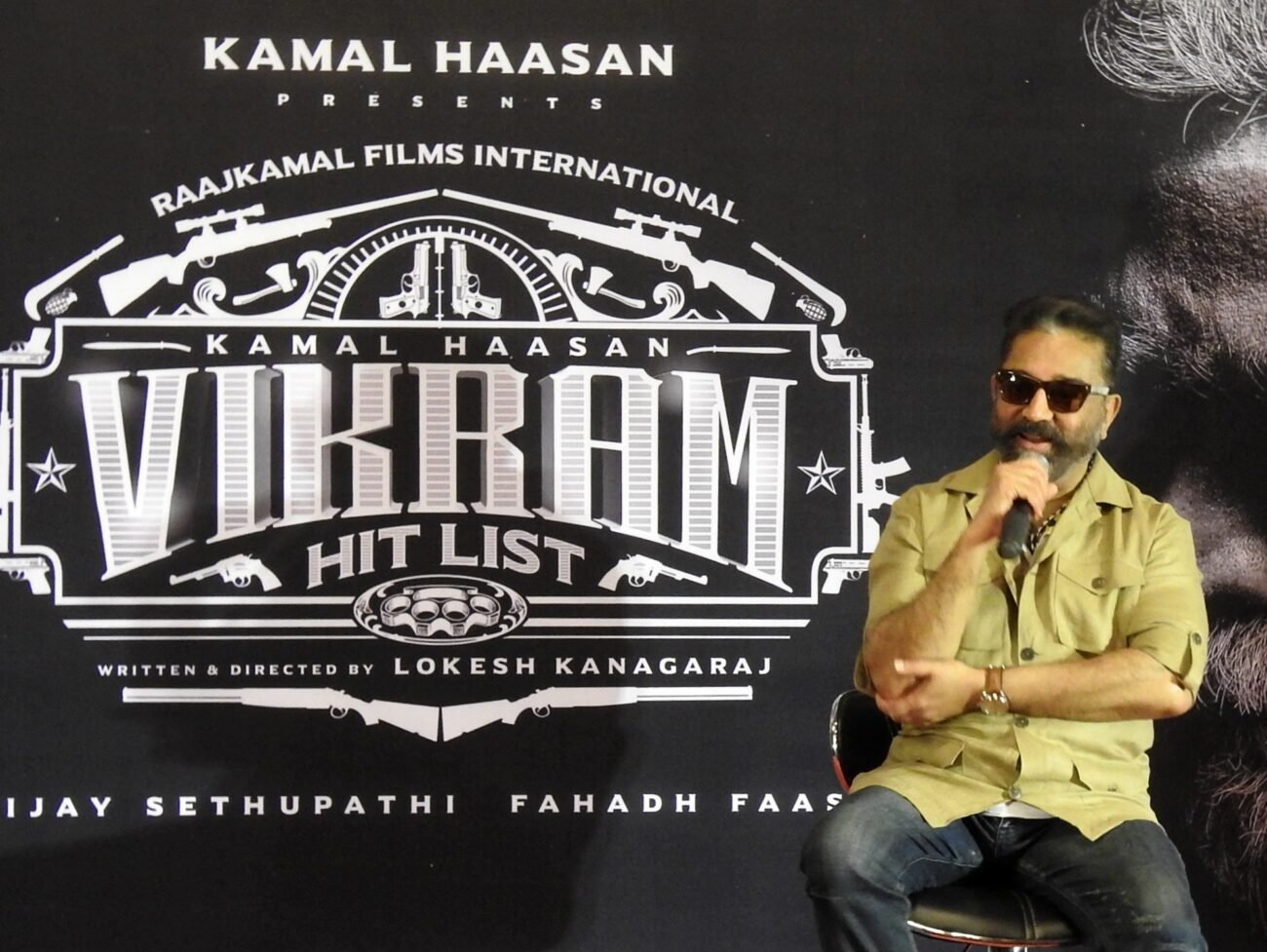 CHENNAI, (IANS) – Superstar Kamal Haasan’s much-awaited movie, ‘Vikram’, is all set to become a super-duper hit. The movie, which is slated to be released on June 3 in theatres around the world, has already notched up Rs 200 crore in sales of TV and OTT rights.

Kamal Haasan’s 232nd film was released to a select audience during the Cannes Film Festival and Umair Sandhu, a critic based out of the UAE, tweeted about it, saying, “It is an earnest and honest effort, a terrific action thriller, with several poignant moments and episodes that leave a stunning impact. If you are in the frame of mind to watch superior quality sensible cinema, go for It #KamalHaasan fans.”

In the movie, Kamal Haasan plays the role of Arun Kumar, an agent working for RAW, India’s external intelligence agency. He is at times brutal and shows no mercy to criminals.

Musically, too, the song ‘Pathala’, written and co-sung by Kamal Haasan and music composer Anirudh Ravichandran, has already become a big hit on YouTube.

Tamil superstar Vijay Sethupathi plays an antagonist in the movie and Malayalam star Fahad Fazil is also in the film in a major role. Another Tamil superstar, Suriya, makes a cameo appearance in the film, which is produced by Kamal Haasan’s movie house Raj Kamal and R. Mahendran.