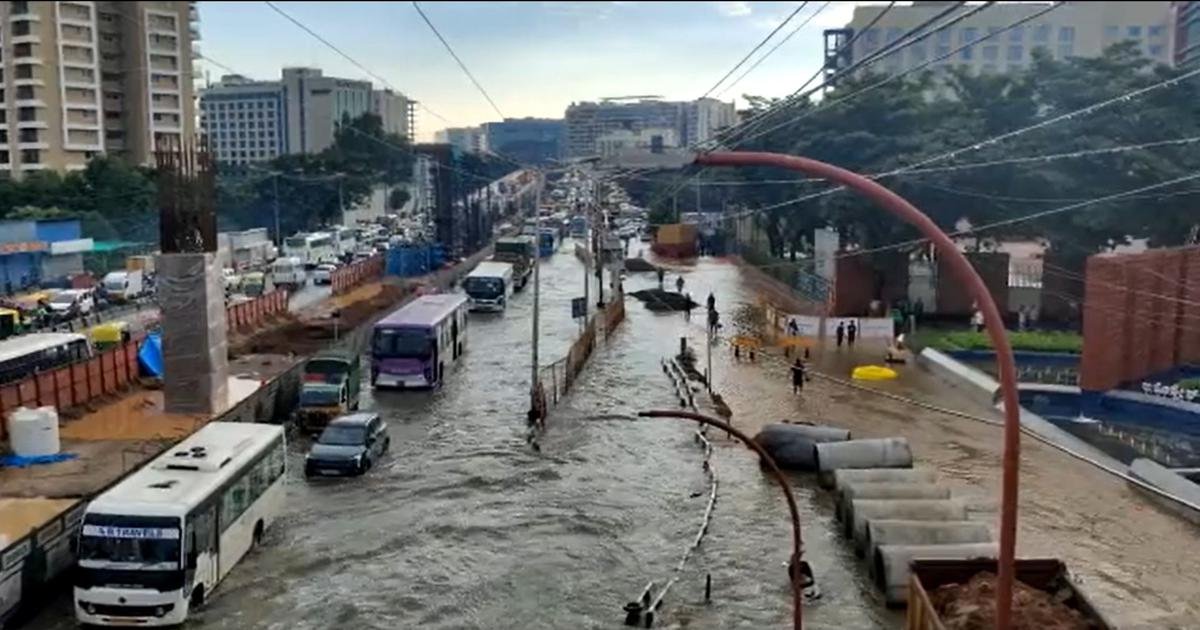 Using boats and tractors to cross the streets submerged in water by office goers and school children was a common sight in several parts of the city, news agencies reported. Bikers pushing their two-wheelers that were stuck and pedestrians struggling to navigate through knee-deep water was a common sight in other places.

“I came by tractor as roads are all submerged in water, also our vehicles are under water… I have exams from tomorrow, so I have to go to school,” a girl told PTI. Authorities, in fact, used tractors on September 6 to rescue residents of posh housing estates marooned by floods as army teams were sent in after two days of torrential rain in the technology hub.

“I have to go to the office, kids have schools, and I somehow used a tractor today,” an office goer told ANI. But most IT companies asked their employees to work from home.

Officials some areas in the state capital have received 150 percent more rains than normal between September 1 and 5. Mahadevapura, Bommanahalli and K.R.Puram have recorded 307 percent excess rain. “This was the highest rainfall in the last 42 years. All the 164 tanks in Bengaluru are filled to the brim,” an official told the media.

Environmentalists blamed the flooding on poor planning as the city has expanded and climate change.