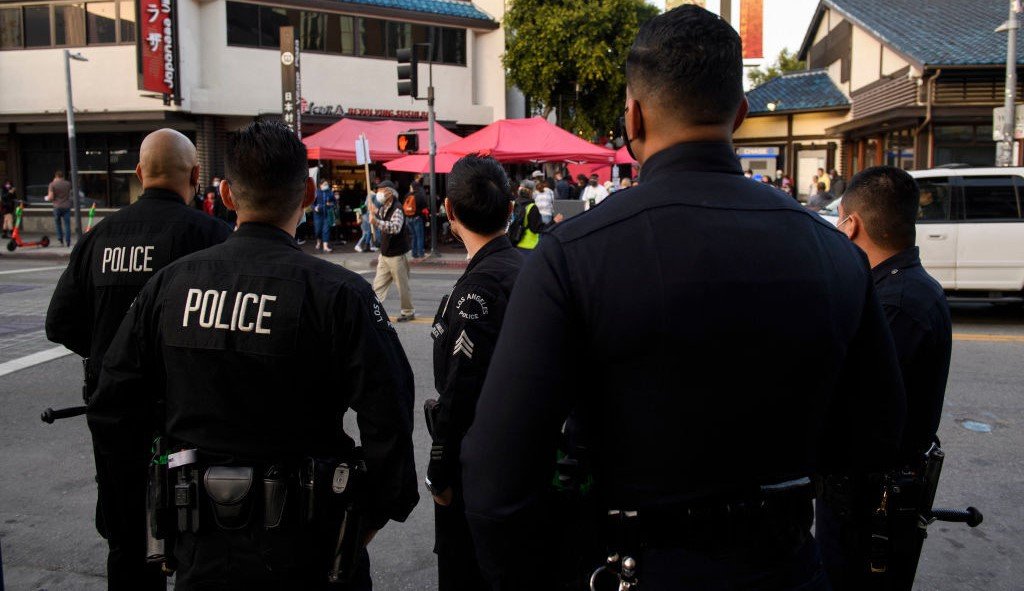 In the aftermath of a traffic stop in Los Angeles that resulted in an officer handcuffing and holding two Indian American women at gunpoint, the women have filed suit against the Los Angeles Police Department.

CBS News reports that the two women are suing the Los Angeles Police Department after they say officers wrongfully targeted them during a “terrifying and unnecessary” traffic stop last year.

Shibani Balsaver and Sheilanee Sen rented a U-Haul to move from one apartment to another when they were pulled over by L.A. police, the report notes.

Officers, apparently believing the truck was stolen, handcuffed the women and held them on the ground at gunpoint — with the incident being captured on video, the CBS News report said.

“It was terrifying,” Sen told CBS Los Angeles: “It was probably the most afraid I’ve been in my life.”

Sen, who works in community development, was helping Balsaver, a film producer, move into a new apartment in February 2020. They rented a U-Haul truck to transport Balsaver’s belongings from Hollywood to Los Feliz — about a five-minute drive, the report noted.

In a blog post chronicling the incident, Balsaver said a police vehicle was following her most of the drive between her old and new apartments, but she thought little of it, and was confused when it followed her to her new block, according to the report.

The women said at least 10 officers arrived with their guns drawn — and they could hear a helicopter overhead. Balsaver described the panic she felt as more cop cars arrived, saying that no one came to the window of the truck to explain what was happening, as a handful of police cars arrived at the scene, as the report described the incident.

The women say police ordered them to exit the vehicle with their hands behind their heads. They alleged officers then slammed them to the ground, and they were unable to properly hear commands due to the loud helicopter, it said.

Sen’s boyfriend, Roger, arrived at the apartment ahead of the women and filmed the interaction, after being told by police to “stand back,” according to the report.

“I am grateful that this will not go unnoticed, yet all I can I think is I am going to die alone on camera,” Balsaver wrote, the report said.

“I feel a knee push down hard into my back. Another forces my head down,” she continued. “They grab my right hand, twist my arm behind me, and wrap a cuff around my hand. I lift my left and they do the same,” the CBS News report said.

The women said they were not told why they were pulled over until after they were handcuffed. Balsaver told an officer that a receipt for the truck, rented earlier that morning, was in her bag, the report adds.

Balsaver said that, after she proved her innocence with the receipt, officers joked and teased her about the incident, telling her to “demand free U-Haul services for a year.”

Balsaver said the LAPD told her that officers had not yet been trained to decipher between stolen and recovered vehicles in the department’s “new” four-month-old system. U-Haul had reported the vehicle as recovered several weeks prior to the incident, the report continued.

U-Haul told CBS News that the incident did not involve any error on behalf of U-Haul. It declined to comment on the lawsuit.

Balsaver and Sen’s attorney, Brian Olney, alleges the officers used “high-risk procedures” during a traffic stop that was not high risk and involved an alleged non-violent property crime, according to CBS News.

“Courts have made very clear, but the LAPD refuses to listen,” Olney said in the report. “They know what the law is, they’re sworn to uphold it, but they made a deliberate decision to break it.”

The lawsuit names the city, LAPD chief Michael Moore, two officers and a sergeant. It also includes 10 unnamed officers as defendants. The lawsuit said that the women have not received an apology from the police department. They are seeking an unspecified amount of damages.

LAPD did not immediately respond to CBS News’ inquiry, it said.