HomeArts/Books154 Years After His Death, Ghalib Lives On In His Poetry

154 Years After His Death, Ghalib Lives On In His Poetry 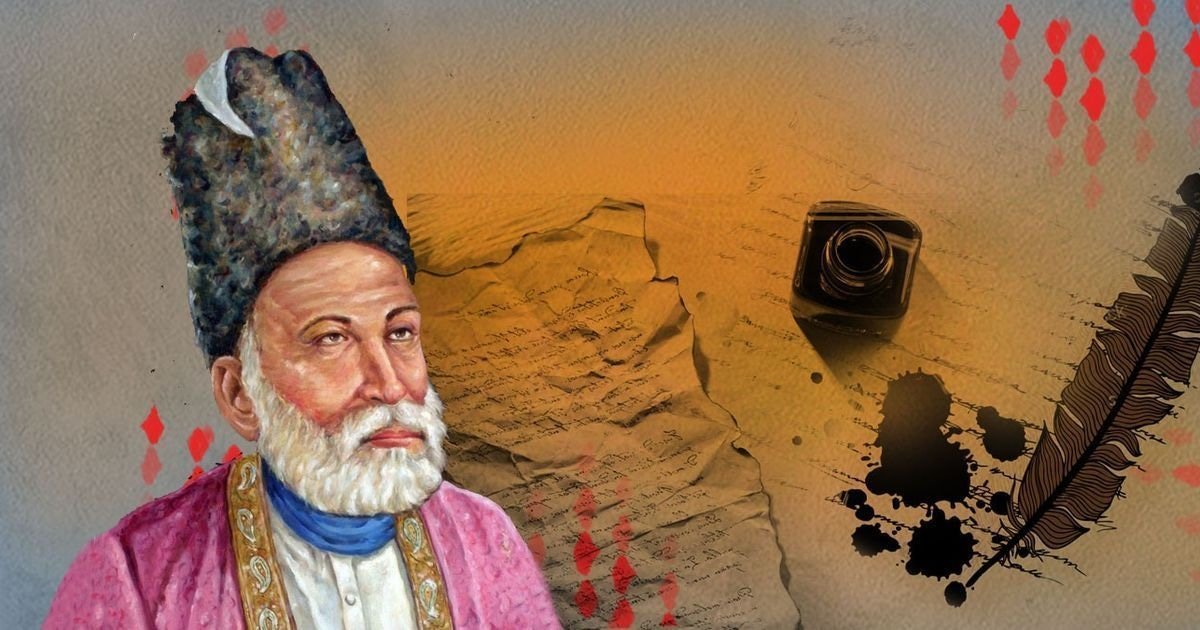 154 Years After His Death, Ghalib Lives On In His Poetry

MUMBAI, (IANS) – Even 154 years after his death, the legendary Urdu-Persian poet — Mirza Beg Asadullah Khan, or just Mirza Ghalib — often referred to as the ’emperor of romance’, continues to live and thrive in public minds through his evergreen and raging verses or couplets.

Ghalib was an important figure in Indian history and literature. He was witness to some of the biggest events that shaped the country’s future, and which immensely inspired his writings, and he continues to influence generations after his passing.

Born in Agra, Ghalib (December 27, 1797-February 15, 1868) hailed from a family of Mughals with a mixed lineage of Indian, Persian, Turk, and Kashmiri, but was orphaned at a tender age and was raised by relatives.

When he was just 13, he was married to Umrao Begum, from a princely family, and moved to Delhi, the hub of the Mughal Empire which was just starting to crack under British domination.

Struggling on all fronts, Ghalib described life as a ‘sentence’ followed by marriage which was another ‘imprisonment’ and these became the theme of his poetry on many occasions and seemed to strike a chord with the connoisseurs.

He lived a full life for 71 years and also witnessed the collapse of the mighty Mughal Empire, the rise of the ruthless British Rule, the 1857 war for independence. All these significant events had a great influence on Ghalib and consequently, on his writings.

When we browse through his poetry, it helps to understand him and Indian history better when we keep the turbulence of his life and times in perspective.