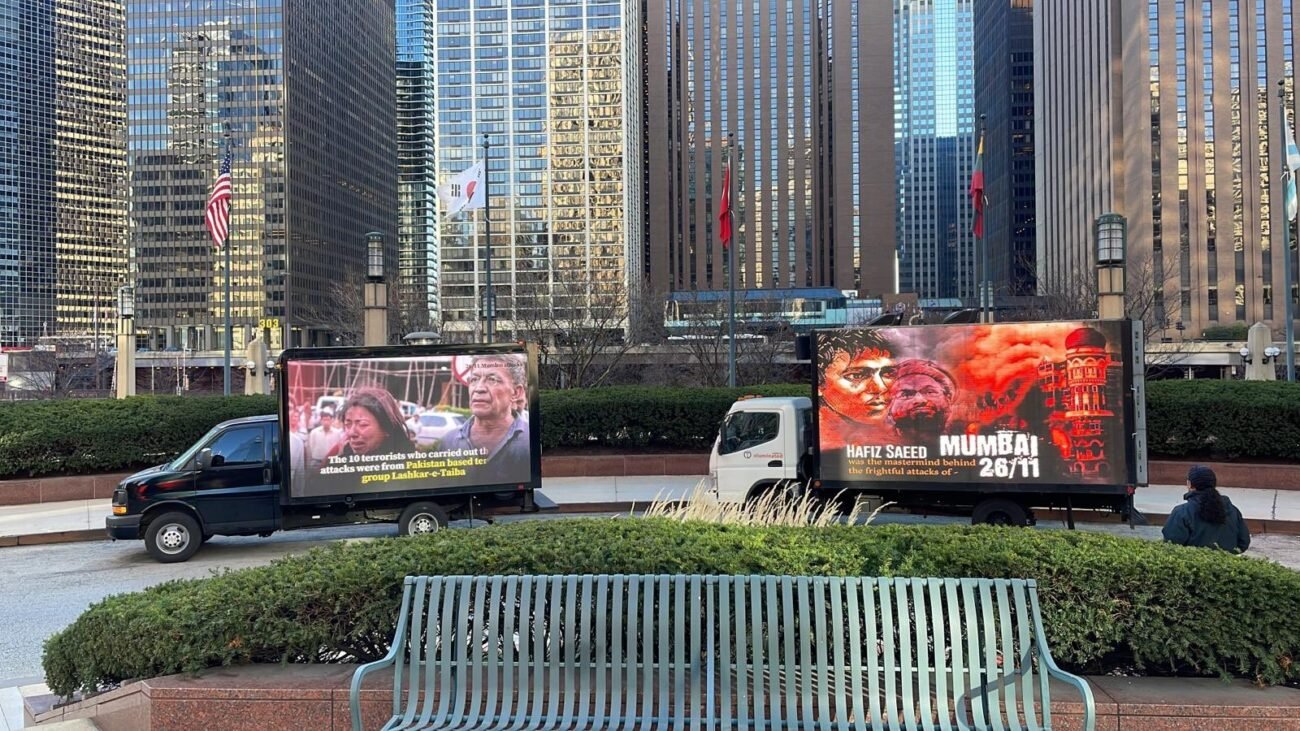 on the anniversary of the attacks, denouncing the support and protection given by Pakistan to terrorists.

Digital media trucks with the message ‘Never Forget’ and displaying images of the 26/11 carnage in Mumbai as well as the perpetrators of the attack now in Pakistan made rounds in the cities.

With posters and banners showcasing the brutality of the terror attacks, protestors called for action against Pakistan-sponsored Lashkar-e-Taiba (LeT) terrorists involved in the 26/11 Mumbai attacks.

The protesters in New York and Washington called on America to impose sanctions against Pakistan for its role in promoting terrorism and sheltering terrorists.

At least 166 people, including several Americans, were killed in the 2008 terror attacks in Mumbai carried out by the Pakistan-sponsored Lashkar-e-Taiba, whose leaders are still in that country, and with the help of an American, Davood Sayed Gilani who used the name David Headley, and a Canadian, Tahawwur Rana.

Headley and Rana have been tried and convicted in the US.