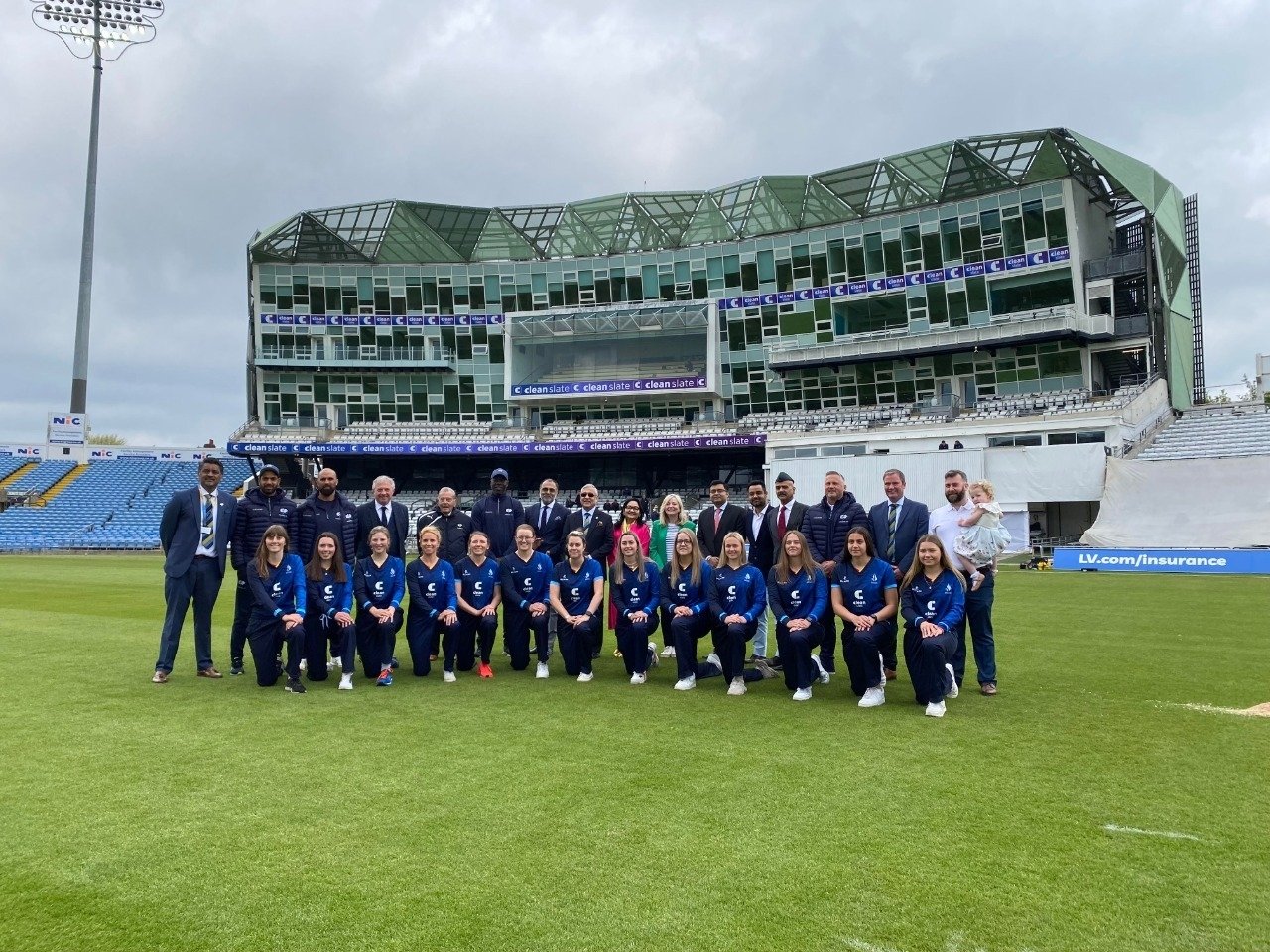 WEST YORKSHIRE, (IANS) – The East Stand and main pavilion of Headingley Cricket Ground were on May 1 unveiled as Clean Slate Pavilion as part of a principal partnership between the Indian entertainment streaming business Clean Slate Studioz and Yorkshire County Cricket Club.

The company, founded by Karnesh Ssharma, brother of film star Anushka Sharma, was in April named as the first Indian business to land a sponsorship deal with a major sports venue in the UK.

To enhance its reputation as the world’s only ‘female-forward, female-first original OTT streaming platform’, Clean Slate Studioz on May 1 announced the distribution of free cricket kits for young female cricketers from Yorkshire to inspire them to step into the game. The kits distribution is being done in collaboration with Yorkshire County Cricket Club.

The announcement of the kit distribution was made at the official unveiling of the Clean Slate Pavilion, at Headingley Cricket Ground by Tracey Brabin, Mayor of West Yorkshire. On the occasion, Northern Diamonds, the women’s cricket team in Yorkshire, also showcased their official match-day kit with the Clean Slate sponsorship printed.

“Unveiling the branding at Headingley marks the official commencement of this exciting partnership between YCCC and Clean Slate. We are so proud to be working alongside a vibrant Indian brand that knows how to entertain diverse communities and one which mirrors our vision for the future of Yorkshire,” said Lord Kamlesh Patel, Chairman of Yorkshire County Cricket Club.

“The women’s game is such a vital component of an inclusive environment and is at the heart of our proud club’s future. Clean Slate’s financial support is a key enabler of its progress and also sends a message to young aspiring female cricketers that their participation is incredibly valued. As this relationship develops, it will bring further opportunities to our community, as Yorkshire aims to become a beacon for inclusivity, diversity, and acceptance,” Patel was quoted as saying in a release by Yorkshire CCC.

Speaking on the announcements Clean Slate Filmz and Clean Slate Studioz Founder Karnesh Ssharma said, “Supporting the Northern Diamonds was a key pillar of our Principal Partnership with YCCC and the county of Yorkshire in particular. Through our support, we have a vision to present more opportunities for young women and girls who dream of gracing the cricket field against the backdrop values of inclusivity, equality, and diversity.”