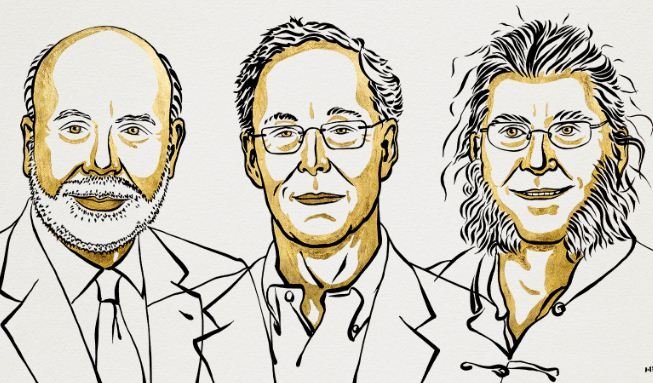 NEW DELHI, (IANS) – Three US economists Ben Bernanke, Douglas Diamond and Philip Dybvig were on Monday awarded this year’s Nobel Prize for Economics for explaining the role of banks in the economy.

The American trio was given the honor for helping to “significantly improve our understanding of the role of banks in the economy, particularly during financial crises, as well as how to regulate financial markets”, the jury said.

Bernanke, was the chair of the Fed between 2006 and 2014 and led the powerful US central bank’s response to the implosion of the financial system and the subsequent deep global economic crisis. Under him the Fed slashed interest rates close to zero and pioneered methods to try and prevent the recession from turning into a repeat of the 1930s Great Depression. Bernanke was known before his appointment to the Fed for his research on the Great Depression.

The trio were recognized for their findings in the early 1980s laid the foundations for regulating financial markets, the jury in Stockholm said.