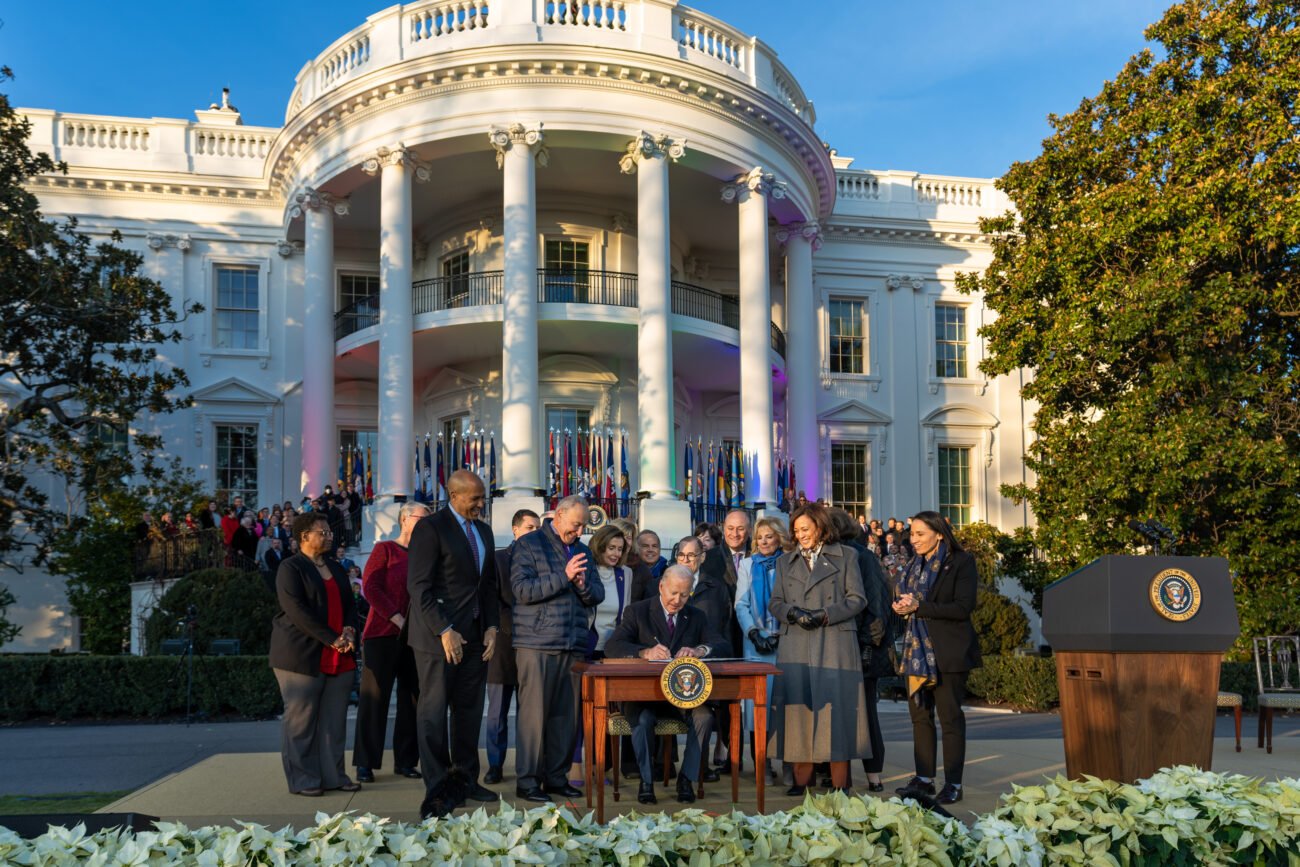 Biden signed the Respect for Marriage Act on December 13 before thousands of guests on the South Lawn of the White House.

“Marriage is a simple proposition. Who do you love? And will you be loyal to that person you love? It’s not more complicated than that,” the President said. He said the law recognizes that “everyone should have the right to answer those questions for themselves without the government interference” and secures the federal “protections that come with marriage”.

The House of Representatives had passed the legislation in a 258-169-1 vote on December 8, with 39 Republicans joining the Democrats in support, after getting through the Senate a week before with 12 Republican senators.

The new law officially voids the 1996 Defense of Marriage Act, which defined marriage as between a man and a woman.

It mandates that states honor the validity of out-of-state marriage licenses, including same-sex and interracial unions.

The legislation was introduced this summer after a conservative Supreme Court justice Clarence Thomas signaled that rulings on marriage equality and contraception should be reconsidered. His statement came in the wake of the court upending abortion rights for women.