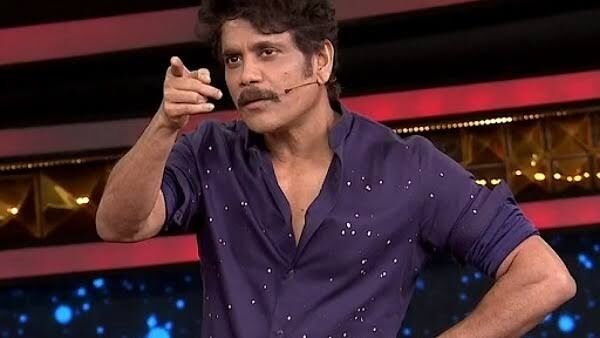 A scene from “Bigg Boss Telugu 5.” (photo via IANS)

HYDERABAD — Telugu’s biggest reality show, ‘Bigg Boss Telugu 5,’ has gained much hype with the season’s contestants giving a tough fight. After five weeks, this week witnessed most of the contestants in the nominations, excluding Anne Master, actor Maanas, actress Priya and RJ Kajal.

In the upcoming promos, Nagarjuna is seen schooling Anne Master for her rude behavior towards Siri during one of the recent tasks at the Bigg Boss home. He also exposes Ravi’s dual nature in the house.

The makers of the show have released a fresh promo of the upcoming episode. The promo hints at a shocking twist, which would get one contestant out of the reality show, irrespective of the ongoing elimination process. Going by the promo, it is clear that host Nagarjuna will show the exit door to either Priya or Lobo.

It is also reported that the Oct. 17 episode will see one contestant leave the house, as per the audience votings. So, this week two contestants will leave the show, leaving only 12 members in the race for the title.

With all the tasks and other competitions, Bigg Boss Telugu 5 has become a tougher fight for the remaining contestants.