Canada And Its Thousands of Punjabi ‘Refugees’ 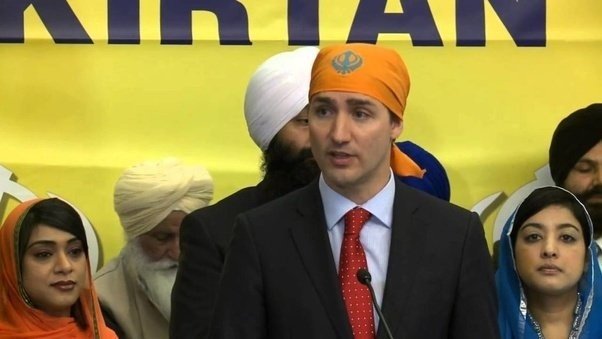 Canada And Its Thousands of Punjabi ‘Refugees’

NEW DELHI, (IANS) – Thousands of people mainly from Punjab have sought asylum in Canada citing political persecution in India because they support Khalistan.

After escaping from India, 6,537 people have applied to the Immigration and Refugee Board, Canada, over the last 10 years for citizenship. More than half of the political asylum seekers are reported to be from Punjab.

Mylene Estrada-del Rosario, Advisor to the Immigration and Refugee Board, said that the refugee claims from India are mostly made based on India being a “persecuting country”. The second plea taken by the applicants is that their “political opinion” varies from that of the Indian state because of which they are hounded by the security agencies.

Rosario said, “Each case before the Immigration and Refugee Board is decided on its own merits by independent decision-makers.” The applicant is required to furnish sufficient proof in support of his claim.

These asylum seekers enter Canada by sea, land, or air. On reaching Canada they straightway claim refugee status saying they are being hounded by Indian agencies violating human rights.

Punjab-origin journalist J.P. Pandher, now based in Toronto, reveals that the Indian lawyers dealing with political asylum seekers charge a hefty fee to file such cases in courts. The Indian lawyer, once hired, ropes in the services of a local advocate who drafts and argues the case in court. The fee alone could range between Rs 30 to 35 lakh per case.

Once an asylum seeker gets permission to temporarily stay in Canada till the court decides his fate, he is allowed to work and earn for himself. The litigation continues for several years during which the applicants keep working to pay the lawyers.

Most political asylum seekers prefer Montreal in the Quebec state of Canada to file their cases. There is a belief prevalent that courts in Quebec are more sympathetic towards refugee claims. It is common knowledge that the Quebec people too are wanting to accede from mainland Canada as they feel oppressed.

A Brampton-based Punjabi lawyer said on condition of anonymity that the newspaper reports and films emanating from India showing violence against a particular community are presented before the courts to convince the judges that India persecutes them based on their religion and political beliefs.

Most asylum seekers from Punjab claim in court that they are supporters of the Khalistan movement and want an independent Sikh state, but the police and other agencies of the Indian government put them in jail without a just trial.

Another lawyer engaged with cases of political asylum seekers reveals that the letter of support issued by Shiromani Akali Dal (Amritsar) President and MP Simranjit Singh Mann on the party letterhead, who himself is a flag bearer of Khalistan, is “procured” to bolster the refugee claim of an individual.

New Zealand-based Radio and TV host, Harnek Singh Neki maintains that Mann charges something between Rs five to seven lakh for issuing a letter to support a particular refugee claim.

Extremists wanted in Punjab are learned to be holed up in various cities of Canada as refugees.