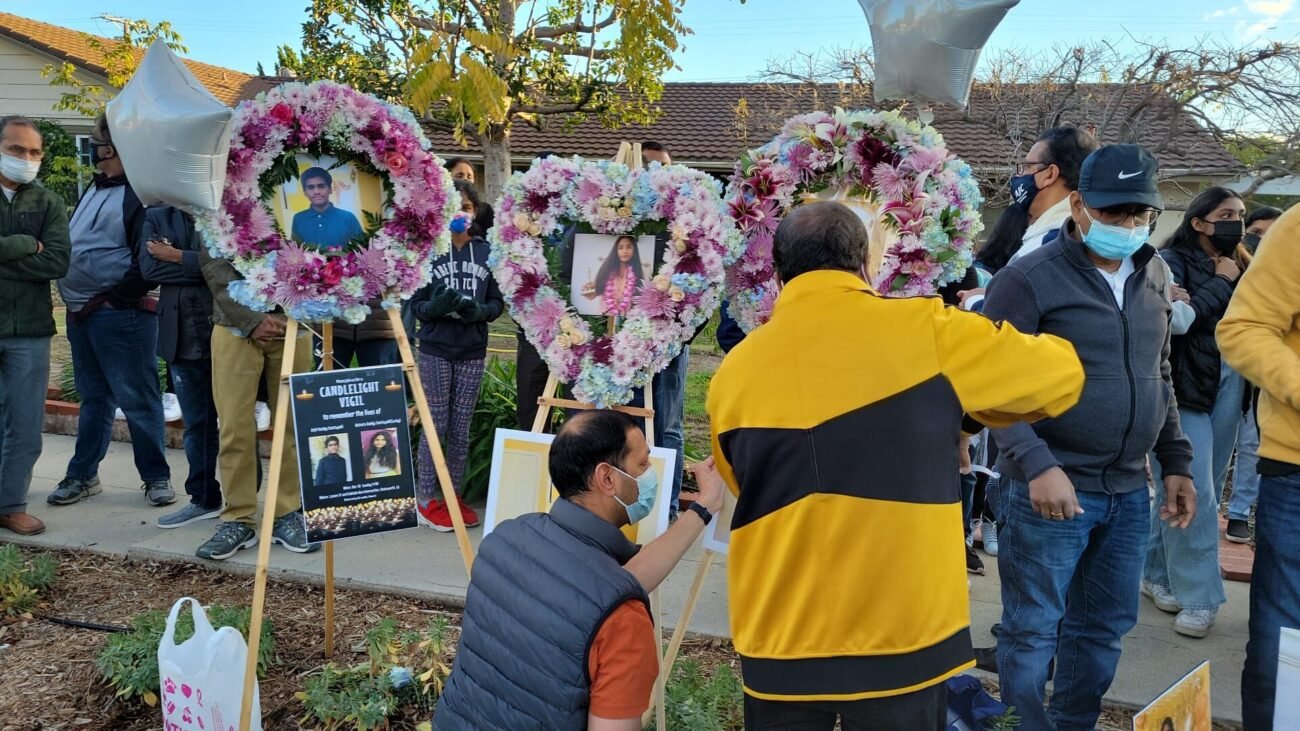 A candlelight vigil was held Dec. 26 in Chatsworth, California, to remember Arjit Reddy and Akshata Reddy, who died in a tragic road accident Dec. 18. (photo provided)

A candlelight vigil was held Dec. 26 in Chatsworth, California, to remember Arjit Reddy and Akshata Reddy, who died in a tragic road accident on Dec. 18. Prayers were chanted, candles were lit and tribute was paid to the two Indian American teens while remembering their amazing impact on the community, according to an email received by India-West.

A large crowd gathered at the accident site to show their support and heart-broken family members expressed their gratitude to the community for their overwhelming support.

Arjit Reddy Chettupally, 14, and Akshata Reddy Chettupally (fondly referred to as Lucky, 16, died when they were coming back from a family get-together with their parents and their car was rear-ended by a 20-year-old alleged drunk driver. The accident happened in Chatsworth, on Lassen Avenue between Oakdale and Corbin streets, around 10:45 p.m.

The Chettupalli family had been living the perfect American dream, noted the email, as the hard-working Ramachandra Reddy received his green card last year after a long 16 years and had just bought their home.

Arjit was declared dead a few hours after the crash and Akshata was put on life-support. She fought hard for a week but, unfortunately, she passed away on Christmas day. The parents are out of danger and are expected to recover physically.

Both the kids were extremely talented, focused, and gifted, noted the email report. In addition to getting high GPAs, they earned numerous awards in tennis, chess, karate, and robotics. Both the students also won presidential volunteer service awards consecutively for three years. Akshata was the school vice president at North Hollywood Highly Gifted and Talented Magnet School.

The children’s parents, Ram and Rajani, are very active in the community and volunteer for several organizations. Rajani volunteers as a teacher in Manabadi to teach kids Telugu.

An abc7.com added that the driver, a 20-year-old woman, was reportedly driving under the influence. She has since been arrested on murder charges.

“My kids … there are not enough words to describe,” said the teens’ father in the report. “My daughter was amazing and my son was, in a simple word, was kind of a human computer. They were very disciplined. They never did a single thing to the society. My daughter used to always tell me, ‘Daddy, I don’t know what I will do, but I will do something great for the society.'”