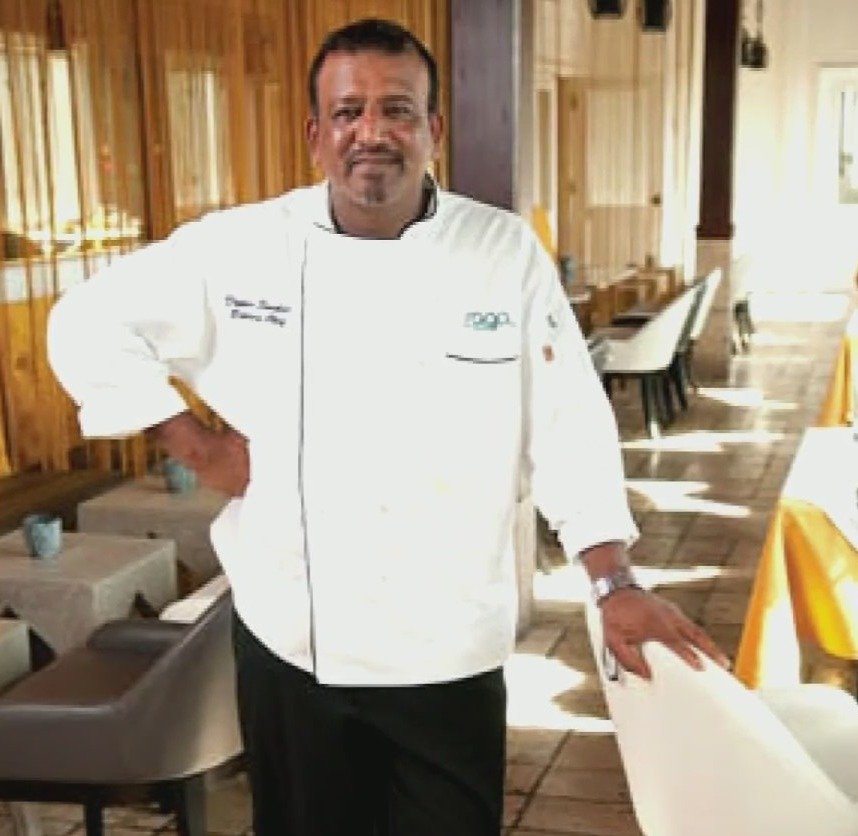 Three years later, the verdict on the murder of Dominic Sarkar is out. (photo LinkedIn)
India-West Staff Reporter

ALAMEDA, CA – On Feb. 7, a jury found defendant Marvel Salvant and Maria Moore guilty of the first-degree murder with special circumstances of Dominic Sarkar in a murder-for-hire plot. Sarkar, 56, a well-known chef in the Bay area was found dead in his bedroom in his Fremont, CA, home in 2018.

The jury determined Moore had conspired with Salvant to murder Sarkar to collect $800,000 in life insurance benefits on his life. It said Salvant had personally and intentionally discharged a firearm. Moore had told the police that she had a sexual relationship with Sarkar and she was the beneficiary of the insurance policy.

Evidence showed that Moore had wired $500 to Salvant less than a month before the murder. Cell phone records showed text messages between the two leading up to and immediately after the murder. Electronic evidence including cell phone location data records showed Salvant moving from his place of work down to Fremont in Sarkar’s neighborhood.

During this time, surveillance footage from neighborhood cameras near Sarkar’s residence showed Salvant’s vehicle casing the area before the murder and ultimately parking blocks away from the victim’s residence. A male was then seen on the footage riding a bicycle towards the victim’s residence. Minutes after the murder, the same male was seen on the video footage returning to the vehicle. Cell phone location data then showed Salvant leaving the area back to his residence in the Sacramento area.