HomeArts/BooksDeepti Naval On Her ‘Unforgettable Childhood’

Deepti Naval On Her ‘Unforgettable Childhood’ 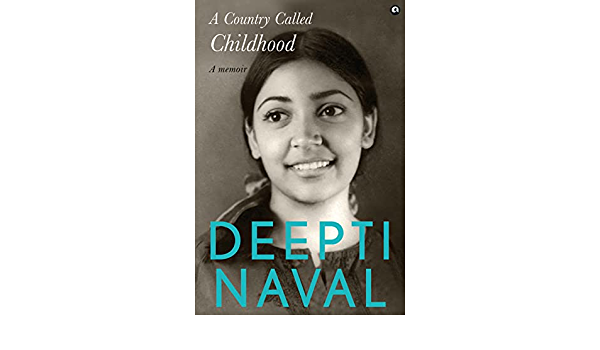 Deepti Naval On Her ‘Unforgettable Childhood’

Actor and author Deepti Naval shares the “unforgettable childhood” she experienced in her book, ‘A Country Called Childhood’.

Talking about her childhood days, the author revealed, “it’s a world where I lived in, I want to share that with the readers the book is called “country called childhood”. She added that the title of her book which contains the word ‘Country’ is a metaphor for childhood. “It is a part of life from where we once migrate, there is no going back to that country… There is a country we visit and revisit, but childhood is one country once we step out, there is no going back. You can only recall it in memory,” shared Naval.

Speaking on the process of penning down her book, Naval said that it took her many years to “jot down memories” of her childhood.

“… I started jotting down memories from a long time. I was making notes the way I remembered them. Later, when I started to do the main chunk of writing for the book that’s when I was able to recreate those memories,” confessed the ‘Sath’ actor.

‘A Country Called Childhood’ revolves around the history and political situation of India, Burma, World War 2 along with the Pakistan war of 1965 and the China war of 1962.

However, Naval’s book is a depiction of her “splendid childhood” which according to her is a story, “worth sharing”.

“… I wanted to tell the world what a splendid childhood I had, and it is the… phase of my life which is worth sharing,” said the actor-author.

‘A Country Called Childhood’ is a memoir which tells the tale of Deepti Naval during her childhood days in Amritsar and the tumultuous incidents which occurred in the 1950s and 1960s at that time. The book also details the 1963 Indian War and the 1965 Indo-Pak War. Naval calls it to be an “extremely visual and evocative prose”.

The book also notes actor Deepti Naval’s love for cinema and how the experiences she encountered during her youth shaped her career in films.

For the unversed, the 70-year-old actor made her debut in the Bollywood film industry in the 1980s with her ground-breaking movie ‘Ek Baar Phir’ starring Vinod Pande, Pradeep Verma, and Suresh Oberoi to name a few. Naval was a star in the 90s, reigning in Bollywood with many notable films to her name like ‘Chashme Buddoor’, ‘Ankahi’, ‘Kamla’, and ‘Mirch Masala’.

Apart from being an actor and writer, she is also a talented director, photographer, and painter.