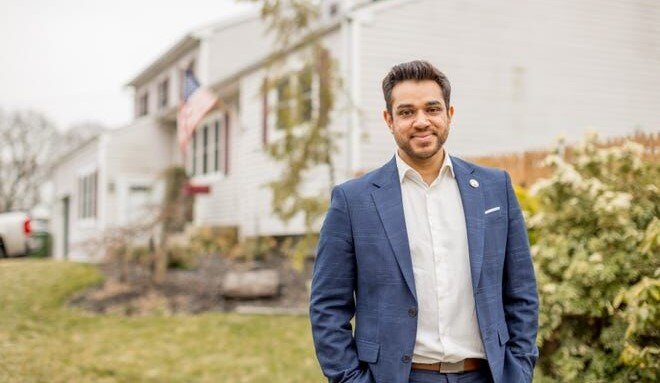 Joshi, a Democrat and currently serving as vice president of the Edison Township Council, beat out Republican Keith Hahn and Independent Christo Makropoulos by a considerable margin.

According to unofficial results, with 100 percent of the precincts reporting, Joshi received 10,930 votes to Hahn’s 9,459 and Makropoulos’ 301.

When he will be sworn in on Jan. 1, 2022, Joshi, 32, will become the township’s youngest mayor and the first Indian American and South Asian to hold the position, according to a My Central Jersey report.

Previously Jun Choi, the township’s first Asian American mayor, was the youngest to serve in the post, the report said.

“I am honored and humbled to be elected as the next mayor of Edison Township,” Joshi said in a Facebook post.

“Thank you to all my friends, family, and supporters for making this election possible. I pledge to be a mayor for all of Edison and will work hard every single day to address and solve the issues we’re faced with,” he said. “Mayor Lankey and I have spoken regarding our transition, and I can’t wait to roll up my sleeves and get to work. I want to also thank Mr. Hahn for reaching out. I look forward to having the community come together as one as we move forward to a united Edison.”

Joshi and Hahn were the frontrunners throughout the campaign. Both candidates are township natives, supported Edison’s open space referendum, a change in local government to a township council ward system, and planned to serve as mayor full time, the My Central Jersey report said.

Joshi campaigned on getting the township’s master plan under control and launching municipal broadband to provide a faster and cheaper internet service in town. He also stressed the need to work with the school board to address school overcrowding, it said.

According to an earlier India-West report, Joshi, who earned his undergraduate degree from Rutgers and a mini-M.B.A. through the Rutgers University Executive Education Program, is an executive vice president at SD Capital Funding, a mortgage financing firm, and a co-founder of Loanscribe, a student loan refinancing firm.