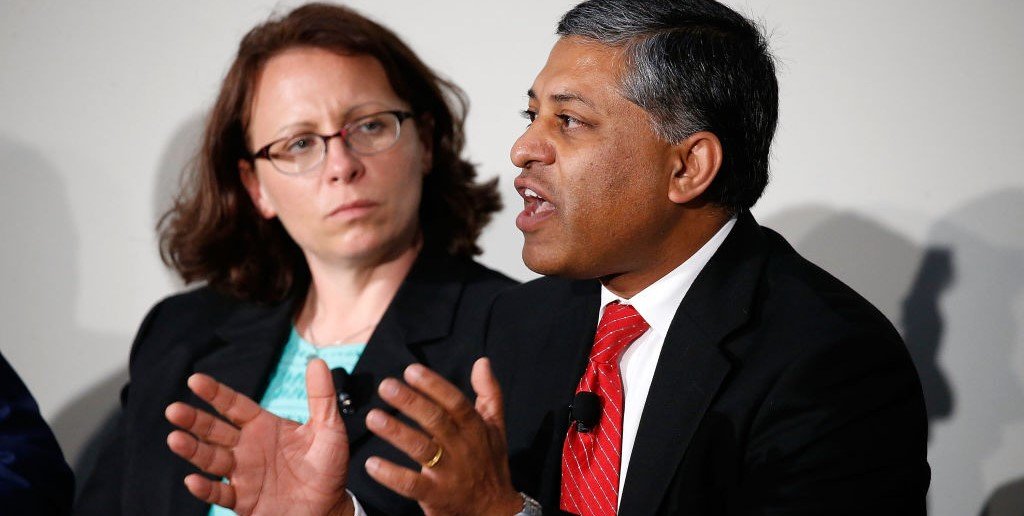 West Virginia News reports that Gupta, the top health official at maternal-and-child advocacy group March of Dimes, is favored to lead the Office of National Drug Control Policy, citing four people with knowledge of the selection process who spoke on the condition of anonymity.

The three-decade-old office — which was created with the support of President Joe Biden, who coined the term “drug czar” in 1982 — coordinates national policy around fighting substance-use disorders, including the response to an opioid crisis that has worsened during the pandemic, the report said.

President Barack Obama demoted the office from his Cabinet in 2009 with little explanation, and advocates have clamored for Biden to reverse the decision, pointing to his own years of advocacy to elevate the role. But a White House spokesperson said that Biden was not planning to change its status, the report added.

Gupta, who was previously West Virginia’s health commissioner and led Biden’s transition efforts for the drug policy office, has a strong working relationship with Sen. Joe Manchin, the West Virginia Democrat who has emerged as a key swing vote in a narrowly divided Senate.

Two people said Manchin’s backing was a factor in Gupta’s candidacy, and the senator’s office praised his work, the publication said.

But Biden’s looming decision has provoked a flurry of activity from anti-addiction advocates, with some pushing the White House to scrutinize Gupta’s record in West Virginia, arguing he did too little to ensure safe-needle exchange during a 2017 HIV outbreak there, it said.

The National Alliance for Medication Assisted Recovery March 25 also called on Biden to “pause” his decision in order to probe Gupta’s role in West Virginia’s moratorium on new opioid-treatment programs, according to a letter obtained by The Washington Post and confirmed by the organization, the WVNews report said.

White House officials cautioned that a final decision had not been made on the position, with several potential candidates in the mix, even as overdoses are at record levels, the report said.

Overdose-related deaths have surged in recent months, with the Centers for Disease Control and Prevention recently warning that 81,230 people died of overdoses in the year leading up to May 2020 — a record for a 12-month period, the report said.

Advocates say the Biden administration needs to do more to ensure the drug-policy office will be a central part of the nation’s response to the worsening crisis, arguing that restoring the office director as a top adviser to the president is essential, it added.

In 1989, Biden criticized President George H.W. Bush for failing to make the role part of his Cabinet, calling it “a tragic mistake” and saying “the priority of drugs in the executive branch will actually decrease.”

Later, Biden hailed President Bill Clinton’s decision to make the position part of his Cabinet, saying it indicated the White House’s commitment to address the nation’s drug problems. “The drug director can only be effective if he or she has a seat in the Cabinet,” Biden said then, according to the report.

But advocates say that Biden, who has spent decades campaigning on the need to fight overdoses, is better-prepared to tackle the crisis than previous presidents.

“This is the first time in recent memory where a president entered the White House with a plan in place to address substance-use disorders,” said Andrew Kessler, founder of behavioral health consultancy Slingshot Solution, praising Biden’s “detailed, well-thought-out” campaign proposal, the report noted.