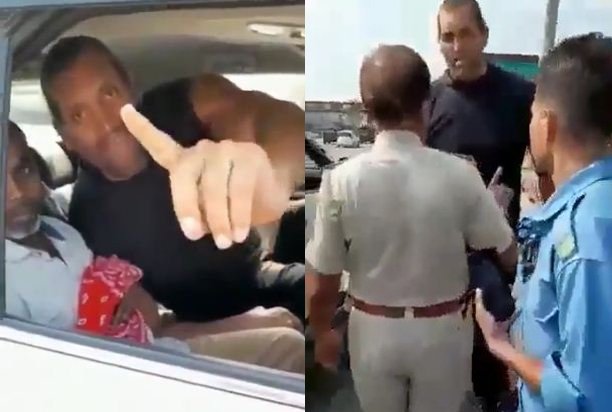 CHANDIGARH, (IANS) – Former World Wrestling Entertainment star, The Great Khali, was caught in a video grab having an altercation with toll plaza staff in Punjab over payment.

In the video, Khali could be seen being accused by the staff of allegedly slapping a toll booth employee when he was asked to show his ID card. Khali, however, denied the allegation and accused the toll booth staff of “blackmailing” him.

The altercation occurred at the toll plaza in Phillaur in Punjab when he was traveling to Karnal in Haryana.

In the video, the former WWE world heavyweight champion could be seen coming out of his car, removing the barricade, and leaving the spot in his car.

Later in an Instagram post, Khali justified the incident by saying the staff at the plaza “misbehaved” with him after he refused to take a “selfie”, following which he passed some “racist” comments.

The video of the incident has gone viral.