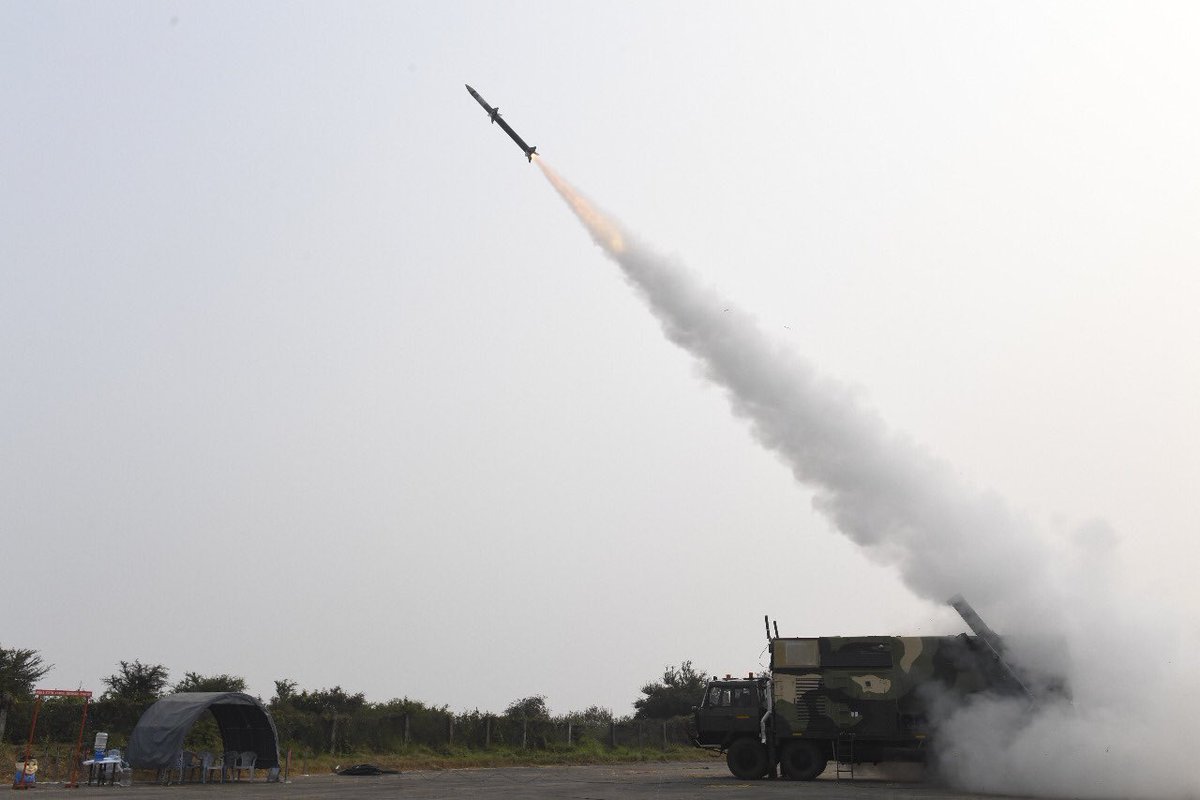 NEW DELHI (IANS) An unarmed supersonic missile “accidentally” took off from Sirsa and landed at a place 124 km within Pakistani territory on Mar.9 evening, the Indian Defense Ministry said on Mar.11, “regretfully” explaining it was “a technical malfunction.”

The ministry in a statement said: “On March 9, 2022, in the course of a routine maintenance, a technical malfunction led to the accidental firing of a missile.”

The Indian government has taken a serious view and “ordered a high-level court of inquiry.”

“It is learnt that the missile landed in an area of Pakistan. While the incident is deeply regrettable, it is also a matter of relief that there has been no loss of life due to the accident,” said the ministry.

Earlier in the day, the Pakistan foreign office summoned India’s charge d’affaires and lodged a protest over what it termed as unprovoked violation of its airspace. In a statement it has warned New Delhi of “unpleasant consequences” over what it claims was an Indian originated, but unidentified high-altitude supersonic object that crashed in its territory.

In its statement it has urged India to take effective measures to avoid such violations in the future.

On Mar.10, Pakistan claimed a supersonic missile took off from Sirsa and landed within Pakistani territory. The missile was cruising at an altitude of 40,000 feet and endangered passenger flights in both Indian and Pakistani airspace, and civilians and property on the ground.

He was addressing a press conference on Mar.10 evening on the incident. He said that there were no human casualties. “When it fell it also damaged some civilian property. Thankfully no loss or injury to human life was caused.”

“Whatever caused this incident to happen, it is for the Indians to explain,” he said.

He stated that the missile was picked up at a high-altitude of 40,000 feet and was travelling at a speeding axis of Mach 2.5 and ultimately Mach 3. The total distance it travelled inside Pakistan was 124 km, and from the total flight time of 6 minutes 46 seconds till it hit the ground, it was in Pakistani territory for 3 minutes and 44 seconds.