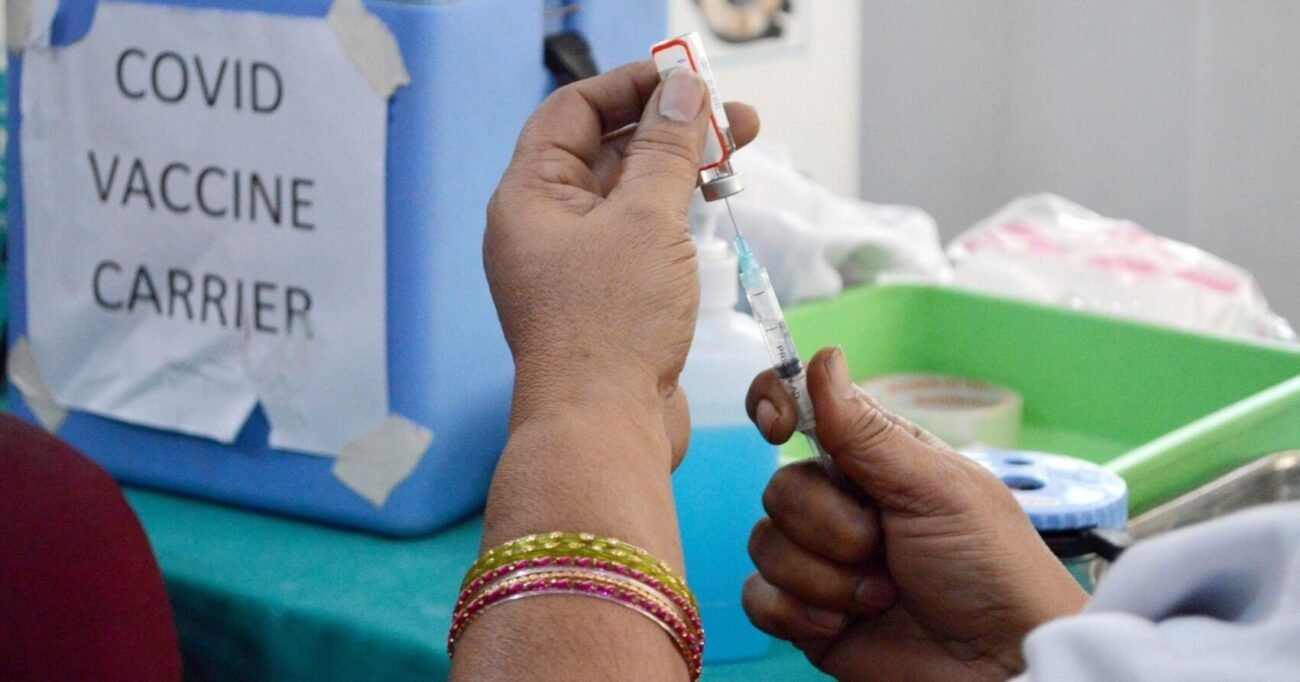 India has been at the forefront of supporting nations with vaccines and has already gifted millions of dozes to smaller nations across continents – helping them kickstart their inoculation campaigns. (Dhananjay Yadav/IANS photo)

NEW DELHI – India, along with South Africa, is leading a global campaign at the World Trade Organization (WTO) that has pitted rich nations and big pharma on one side and poor nations with civil society organizations on the other. A joint proposal by India and South Africa on October 2, 2020 has created a storm in Washington, European Union seat Brussels and the WTO headquarters at Geneva.

The joint proposal before the WTO asks for waiving Trade-Related Intellectual Property Rights (TRIPS) so that more countries can have equitable access to coronavirus related medicines.

The WTO website says: “The proposal suggests a waiver for all WTO members on the implementation, application and enforcement of certain provisions of the TRIPS Agreement in relation to the “prevention, containment or treatment” of COVID-19. The proponents argued this would avoid barriers to the timely access to affordable medical products including vaccines and medicines or to scaling-up of research, development, manufacturing and supply of essential medical products.”

The Indian-South African proposal has but naturally created a rift between the rich nations, most of whom hold patents for vaccines and seek big profits, and the low- income countries which are currently struggling to procure vaccines to protect their populations.

Ngozi Okonjo-Iweala, the new director-feneral of the WTO, has not taken a stand as yet but says that the support to waive patents on Covid vaccines for the duration of the coronavirus pandemic is “intensifying.”

The Covid-19 infection that spread from its epicenter in the central Chinese city of Wuhan has brought the world to its knees but also spurred nations and pharmaceutical companies to discover cures and vaccines in record time to control the pandemic.

While an array of vaccines are in the offing from countries like the U.S., the U.K., India, Russia, Germany, China and Israel, the vaccines are still not reaching the smaller and low-income countries. On top of this, the rich nations have already reserved vaccines far in excess of their needs, which has created a shortage for the smaller nations. Terms like ‘health for all,’ ‘access’ and ‘equity’ seem redundant. Even Sustainable Development Goals (SDGs) for partnership begin to sound hollow in the face of actions by the rich nations.

The WHO has been repeatedly expressed its concern that considerable vaccine inequity exists between nations. In the first week of February, it said: “Globally, the number of vaccinations has now overtaken the number of reported infections. But more than three quarters of those vaccinations are in just 10 countries that account for almost 60 percent of global GDP. Around 130 countries, with 2.5 billion people, are yet to administer a single dose.”

Those in the opposing camp have included former U.S. President Donald Trump, who did not support the proposal. For that matter, even the new U.S. President Joe Biden has not given his nod to the proposal by India and South Africa as yet. However, the pressure is mounting on Biden.

Rich nations say that waiving patents would demotivate companies that have researched and produced these life-saving vaccines. This would lead to the killing of innovation and if non-patent holding companies are allowed to produce the vaccines, they might manufacture poor quality products endangering lives instead of protecting those.

They also say that diluting the intellectual property would also lead to reduced private sector investment in research and science which could affect humanity in times like these.

On the other hand, the proposal got instant support from nearly 100 countries while Kenya and Eswatini joined India and South Africa as official cosponsors of the proposal.

Some of the biggest international civil society organizations, including African Commission of Human and Peoples’ Rights, Medicines Sans Frontiers (MSF), UNAIDS and the World Health organization, have supported the proposal.

As the division between the rich and poor is played out, more than 400 American civil society organizations have written a letter to Biden to stop blocking the Covid-19 WTO waiver to boost vaccines and treatments worldwide. This civil society campaign also has the backing of numerous congressmen and congresswomen.

The proposal has massive support from African, Caribbean and Pacific countries. Many countries have expressed their disappointment with the European Union over banning exports of vaccines. Others have thanked India and Prime Minister Narendra Modi for sending vaccines to the least developed countries.

Speaking at an industry gathering, Commerce and Industry Minister Piyush Goyal criticized the developed world for their hypocritical stand. He said: “… the developed world is under pressure because on one hand, they talk about supporting each other and multilateral fight against Covid pandemic, but on the other hand, they’re looking at protecting the interests of a few companies only in terms of innovation costs or R&D.”

India is one of the global leaders in healthcare. It is known as the vaccine manufacturer of the world, is a pioneer in medical tourism and is known for manufacturing world class medicines at a fraction of the cost charged by MNCs.

India has been at the forefront of supporting nations with vaccines and has already gifted millions of dozes to smaller nations across continents – helping them kickstart their inoculation campaigns. Simultaneously, Indian coronavirus vaccines are being commercially sold at subsidized rates across the world.

With the massive support from different quarters that India is getting against the rich and the mighty, it may be able to once again repeat the success it had with the HIV/AIDS epidemic, when it provided the poorest of the poor with inexpensive but world-class drugs that enabled them to beat HIV. That was the time when not just campaigners but entire nations thanked India for its pharmaceutical prowess.

With the current campaign at the WTO, India is again on the cusp of repeating that same success.