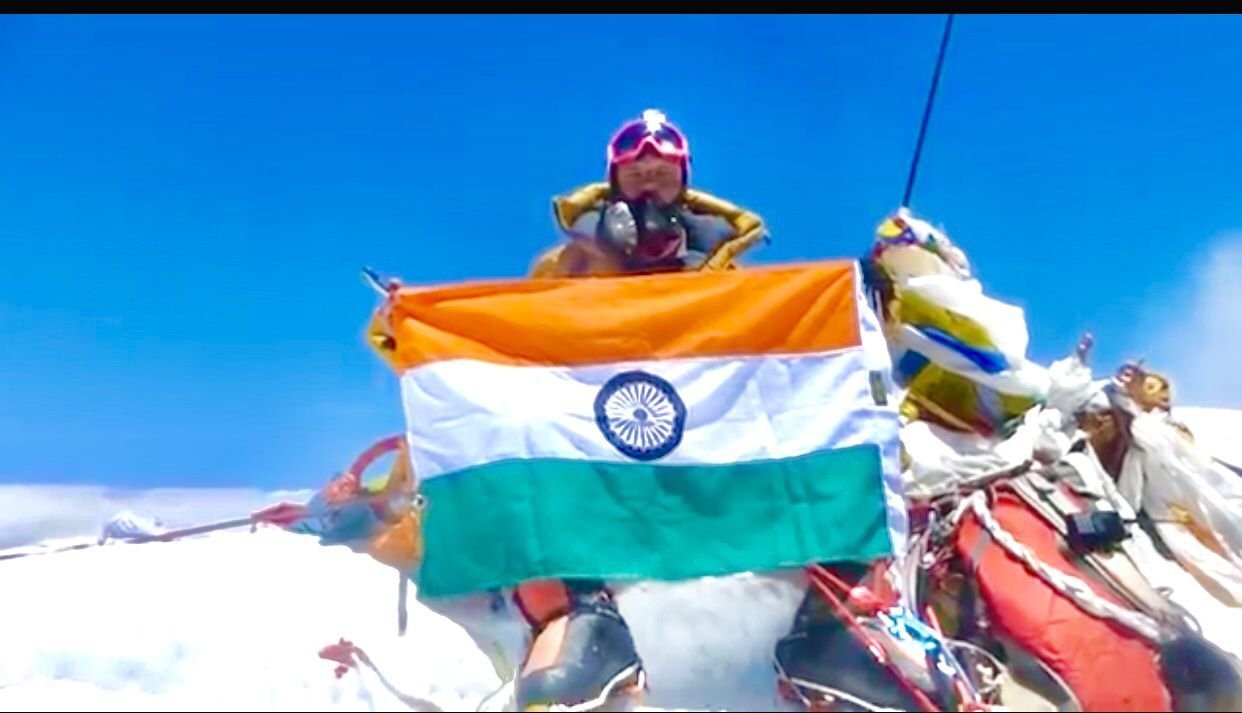 PRAYAGRAJ, (IANS) – ‘Azadi ka Amrit Mahotsav’ is being celebrated with great enthusiasm all over the nation. And the armed forces personnel too are dedicating their inspiring efforts to the heroes of the freedom struggle.

Indian Air Force Wing Commander Vikrant Uniyal, posted at the Central Air Command in Prayagraj, has raised the bar by scaling Mt Everest and dedicating his feat as a tribute to all the unsung heroes and movements which contributed to India’s freedom struggle.

The Everest expedition itself is an unparalleled journey of epic proportions. As an ode to the sacrifices made by the unsung heroes during the freedom struggle, it was befitting to honor them by reciting the national anthem at the summit to them.

The arduous expedition started from Kathmandu on April 15 with team members from across the globe.

The team faced challenges of acclimatization besides the difficulty of the rough terrains. Apart from the deadly Khumbu icefall where the ice structure changes continuously, the death zone was the biggest challenge (above 25,000 ft). Here the body could no longer acclimatize to the altitude and the lungs couldn’t get enough oxygen. To generate interest in the climb, the officer designed a commemorative e-postcard for his seniors, friends, loved ones and posted them online in the network area while setting course.

Uniyal hoisted the Indian flag on the summit of Mt Everest on May 21.