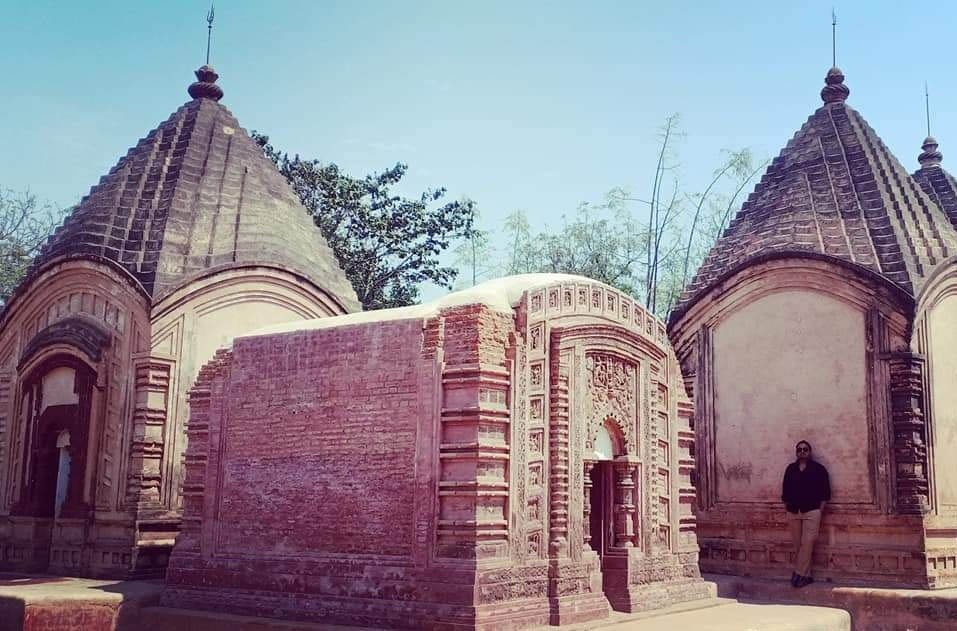 RANCHI, (IANS) – Maluti is a tiny village in Jharkhand. With a population of 2,500, this unique village consists of as many as 108 magnificent ancient temples and now both, the state and central governments want UNESCO to declare it a World Heritage Site.

Spread over an area of 406 hectares, this village has numerous historical, religious, and marvelous architectural ancient heritage structures that one is bound to leave one spellbound with ancient temple structures.

The tableau of this village of 108 temples and beautiful ponds was presented during the Republic Day parade in New Delhi in 2015 when then U.S. President Barrack Obama, was the chief guest.

The organization which was entrusted with the work of preserving these heritage sites and renovating the temples located here was accused of tampering with their original form. Construction works came to a halt in 2018 due to objections raised by the locals and historians.

To preserve these heritage sites, there should be minimum interference with the ancient style and structure of these temples.

When Bengal was ruled by Sultan Ala-ud-din Hussain Shah between 1494-1519, it is said that the Sultan had a penchant for keeping eagles. One day, one of the Sultan’s favorite eagles went missing so he announced a huge reward for anyone who could find the bird. A youth named Basant Rai found this eagle.

Pleased with Rai’s effort, the Sultan gifted the land of Maluti and surrounding areas to him. After owning the land, Basant Rai became known as Raja Baj Basant. His descendant Raja Rakhad Chandra Rai devoted his time to religious pursuits, rituals, and ceremonies. He built the first temple in Maluti in 1720 A.D. It is said that other members of his family also started competing regarding the construction of temples.

As many as 108 temples and as many ponds in number were built one by one by the same family. Of these, the tallest temple is 60 feet high, and the smallest is only 15 feet high.

Maluti is also known as ‘Gupt Kashi’. Ancient inscriptions reveal that Maluti was once known as the ‘Land of Gods’. Realizing the religious significance of Maluti, the then Muslim ruler Sultan Ala-ud-din Hussain Shah (1493-1519) declared this area as a tax-free land.

The temples bear the imprint of the ancient architecture of Chala, Bengal, and Orissa. The main temple out of these 108 temples is of Goddess Mauliksha. Some believe that she may possibly be a goddess of Tantric traditions of Buddhism. ‘Vajrayana’ or ‘Tantric Buddhism’ was very prevalent in Maluti till the 15th century. The maximum number of temples built here are dedicated to Lord Shiva.