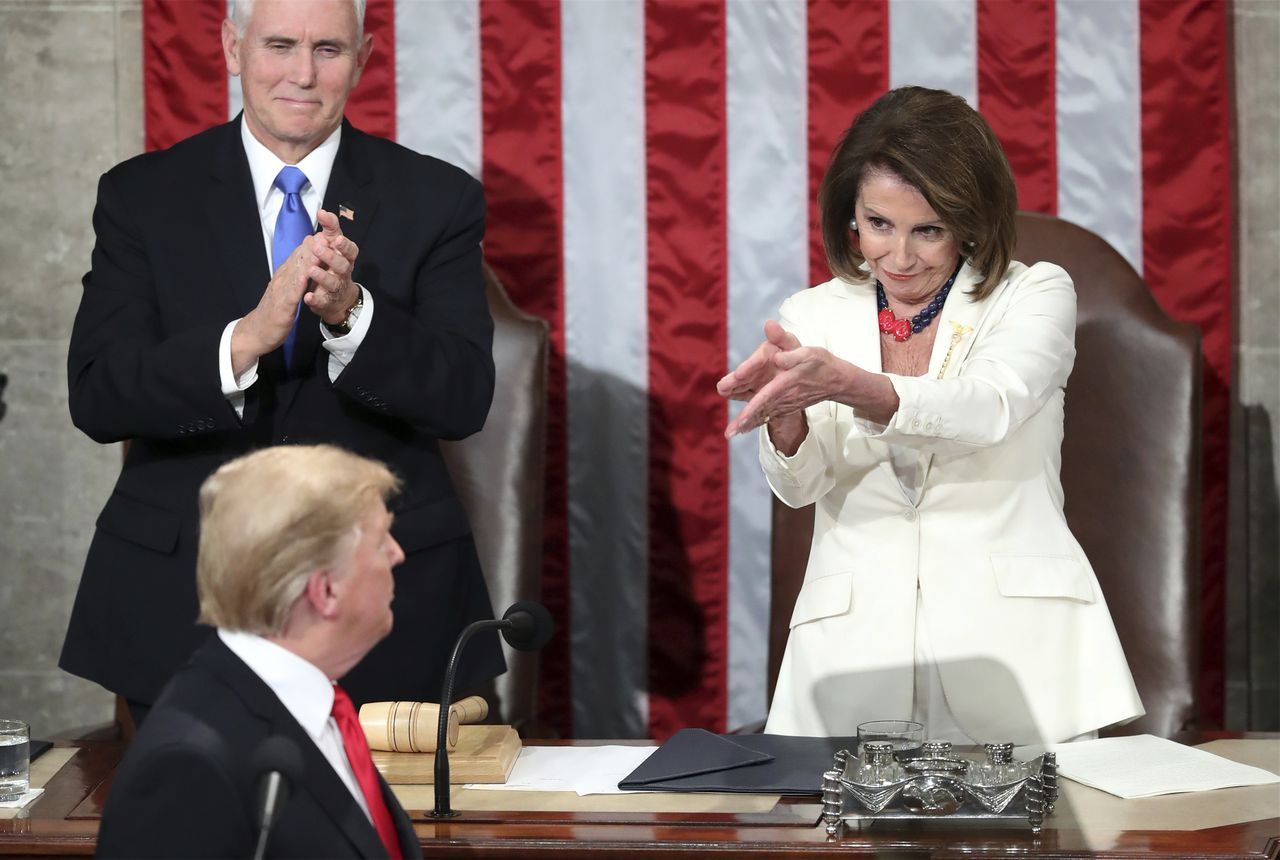 Pelosi’s pointed clap at Donald Trump made headlines and spoke for her spunk.

WASHINGTON, DC (IANS) – Nancy Pelosi, the first and so far, the only woman to be Speaker of the US House of Representatives, ended her historic term on November 17 and announced she will stay on as just a member.

Pelosi, who is often referred to as the most powerful woman in US politics, was widely expected to step down in the new Congress elected in the midterm polls, but her announcement drove many lawmakers of her party to tears, drew banner headlines on news sites and carpet coverage on TV news media.

“For me, the hour’s come for a new generation to lead the Democratic caucus that I so deeply respect,” Speaker Pelosi said in a much-anticipated speech on the House floor. She added, “And I am grateful that so many are ready and willing to shoulder this awesome responsibility.”

She will not seek re-election as the head of the Democratic caucus in the House that will be sworn in January 2023 and stay on as just a member and be available to the party leadership for advice, which will be much sought after as she is known to be a master strategist. Democrats lost control of the House in the midterm to the Republican party and Pelosi’s successor will be officially called the minority leader.

Pelosi counts Mahatma Gandhi as a major influence in her life. “Mahatma Gandhi made all the difference in the world and our country,” she said at a Gandhi anniversary event in 2019, adding, referring to Martin Luther King Jr being inspired by Gandhi’s concept of satyagraha and non-violent struggle that he brought back from a visit to India in 1959.

“That is a debt we owe to India,” Pelosi had added.

The Speaker visited India several times and being a well-known China-critic, she visited Dalai Lama in Dharamshala in 2008 and 2007, angering Beijing. But she was never deterred by China’s tantrums about visits – she traveled to Taiwan earlier this year, despite Chinese threats of military retaliation.

At home, Pelosi treated former President Donald Trump with similar disdain. Images of Pelosi tearing up a copy of Trump’s State of the Union speech in 2020 even as he was delivering it just an arm’s length from her in the House will be a part of American history, as will be the picture of her wagging a finger at Trump at a White House meeting that went badly.

Pelosi picked up politics from her father, Thomas D’Alessandro Jr., a former House member and three-term Mayor of Baltimore. She was first elected to the House in 1987 and rose through the party ranks to become minority whip in 2001. And made history in 2007 as the first woman Speaker. She served two terms as Speaker and the Republicans took the House for the next eight years.

Pelosi returned as Speaker in 2019, in the first midterm election of Trump’s one-term presidency. Her relations with Trump ranged between bad and terrible, marked by very public blowouts. The former President hit back, as he is known to, with childish putdowns as “Crazy Nancy”.