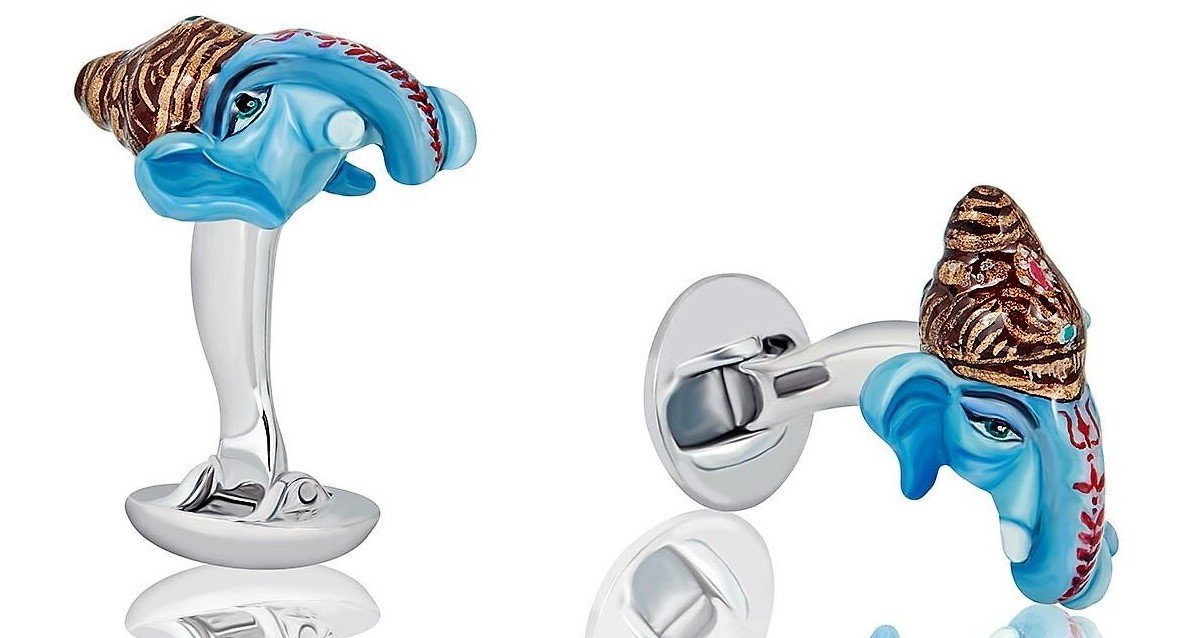 The Ganesh cufflinks sold by Nieman Marcus that have been removed. (photo provided)

These $940 Made in USA “Ganesha Cufflinks” were absent from the Neiman Marcus and Bergdorf Goodman websites when searched at time of press, according to a news release.

Zed thanked the Neiman Marcus Group for understanding the concerns of the Hindu community, which felt that such a product was insensitive. He was, however, still waiting for the formal apology from the group, he said in a statement.

Zed, president of Universal Society of Hinduism, suggested that companies like the Neiman Marcus Group should send their senior executives for training in religious and cultural sensitivity so that they had an understanding of the feelings of customers and communities when introducing new products or launching advertising campaigns, the release said.

Zed had said that Lord Ganesha was greatly revered in Hinduism and was meant to be worshipped in temples or home shrines and not to secure the cuffs of dress shirts, misused as a fashion statement, thrown around loosely.

Neiman Marcus, which claims to be “an elevated retail experience for more than a century;” should not be in the business of religious appropriation, sacrilege and belittling sacred Hindu deity. It was deeply trivializing of the immensely venerated Lord Ganesha to be flaunted like this, Zed had indicated, according to the release.

Zed had emphasized that inappropriate usage of sacred Hindu deities or concepts or symbols or icons for mercantile greed or other agenda was not okay as it hurt the devotees, the release adds.

Zed had stated that Hindus were all for free artistic expression and speech as much as anybody else if not more. But faith was something sacred and attempts at trivializing it hurt the followers, according to the release.

In Hinduism, Lord Ganesha is worshipped as god of wisdom and remover of obstacles and is invoked before the beginning of any major undertaking.

Before removal, the “sterling silver plated with rhodium” “Ganesha Cufflinks” were claimed to be “hand painted in a process that takes 7 hours.”