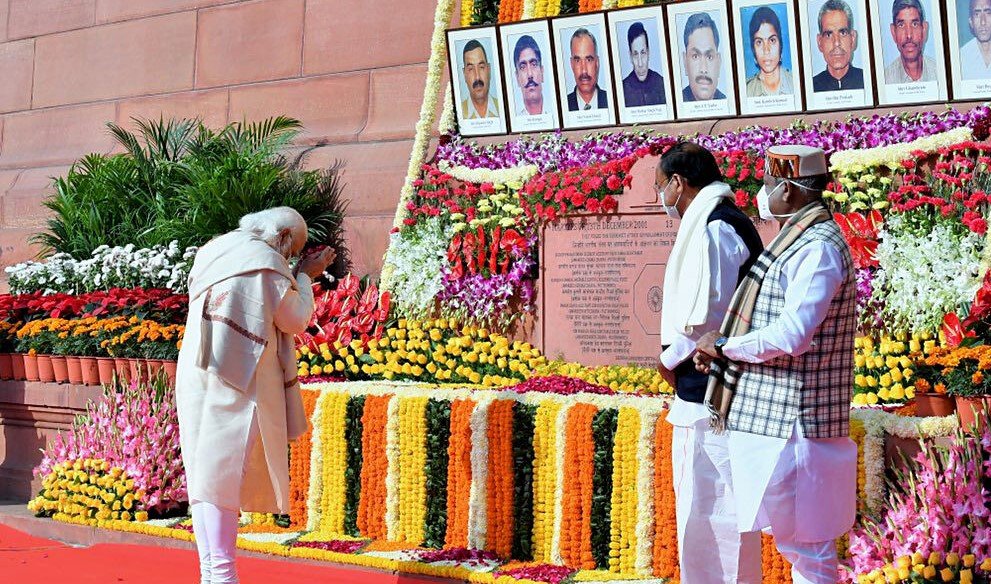 Prime Minister Narendra Modi pays homage to the martyrs of the 2001 Parliament attack, at the Parliament building in New Delhi. (ANI photo)

NEW DELHI – Observing the 20th anniversary of the 2001 Parliament attack, President Ram Nath Kovind and Prime Minister Narendra Modi Dec. 13 remembered the security personnel who lost their lives in the attack and said that the nation shall forever remain grateful to them for their supreme sacrifice.

“I pay homage to brave security personnel who laid down their lives on this day in 2001, defending the Parliament of the world’s largest democracy against a dastardly terrorist attack. The nation shall forever remain grateful to them for their supreme sacrifice,” President Kovind tweeted.

“I pay my tributes to all those security personnel who were martyred in the line of duty during the Parliament attack in 2001. Their service to the nation and supreme sacrifice continues to inspire every citizen,” PM Modi said in his tweet.

Around 14 people, including security personnel and one civilian, were killed in the attack. The terror strike took place around 40 minutes after Parliament was adjourned and about 100 members were present in the building.