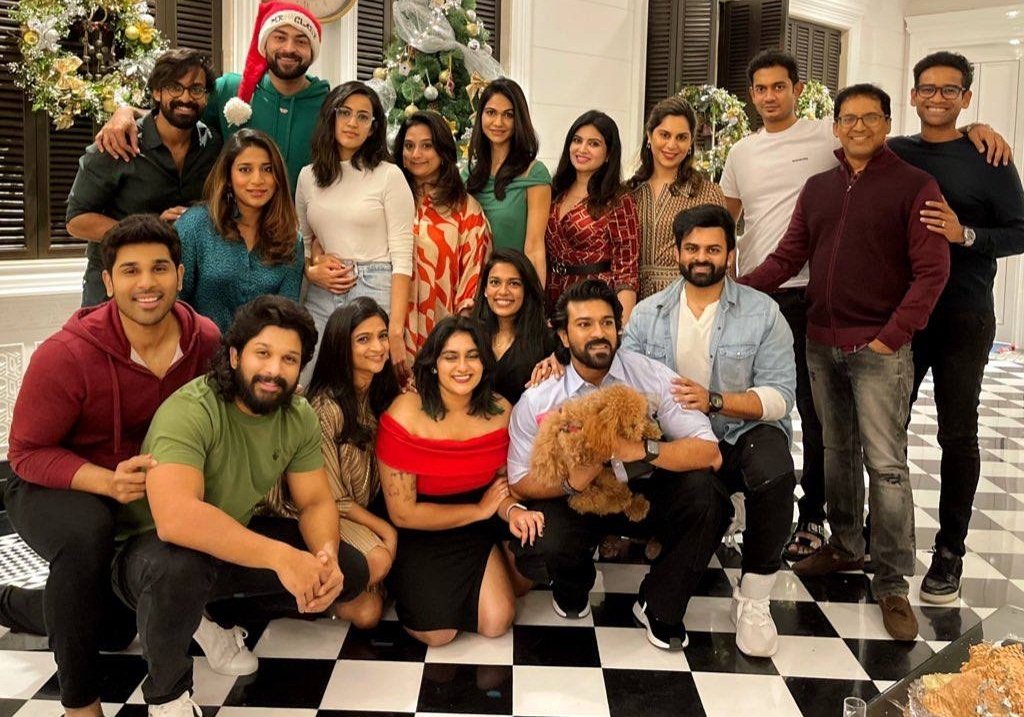 HYDERABAD, (IANS) – It was a star-studded evening as star Ram Charan, along with wife Upasana Konidela, hosted a Christmas party at their residence.

Allu Arjun, his wife Sneha, and other star cousins came together for the celebration.

The participants enjoyed the evening with games and chitchat. Prizes were also given away to the winners of the Secret Santa game.

The family of Megastar Chiranjeevi, father of Ram Charan, is a doyen of the film industry leading a family of stars in different genres.

Chiranjeevi leads the list, which includes his brothers Pawan Kalyan, popular as a power star, and Naga Babu. Allu Arjun and Allu Sirish are sons of well-known producer Allu Arvind, who is the brother-in-law of Chiranjeevi.

Chiranjeevi’s elder daughter Sushmita is a costume designer; the younger one, Sreeja, is a homemaker.