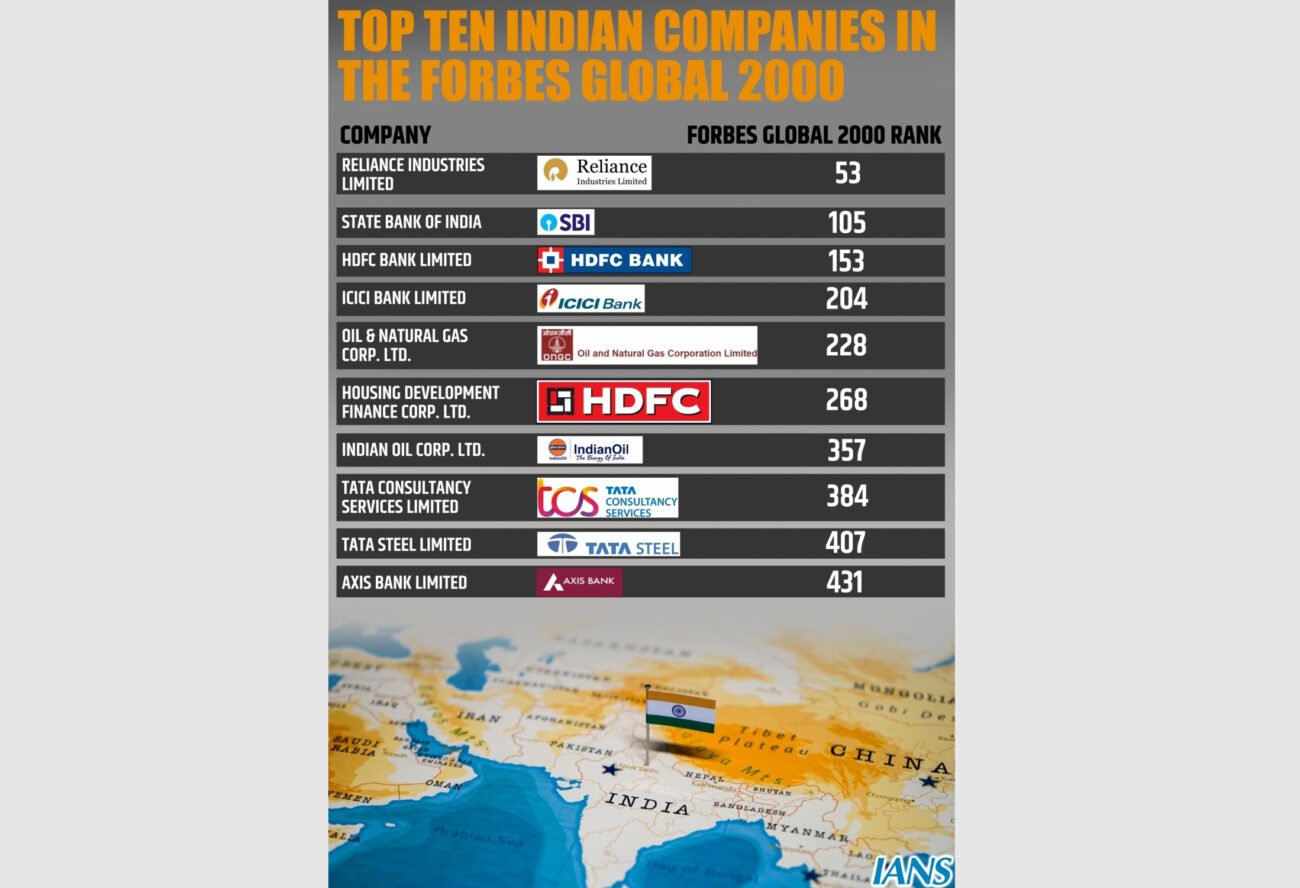 NEW DELHI, (IANS) – On the Forbes Global 2000 list, Reliance climbed two spots to No. 53 among all public companies worldwide and ranked first among Indian companies.

Earlier this year, Forbes estimated Mukesh Ambani’s net worth to be $90.7 billion, landing him at No.10 on this year’s Billionaires list.

The State Bank of India landed in the No. 2 spot on the list of India’s largest companies.

Private sector banks ICICI and HDFC followed next on the Global 2000 list of Indian companies.

Further, oil and gas and metal conglomerate Vedanta Limited jumped 703 spots on the list, the highest leap among all Indian companies due to a rise in its profits.