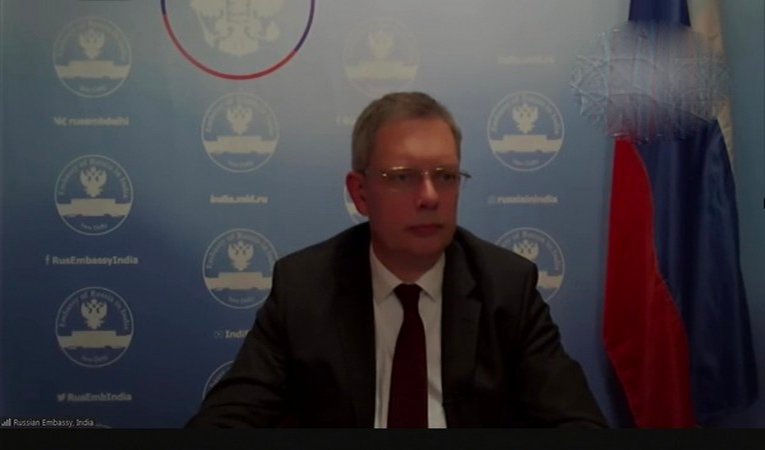 NEW DELHI (ANI): Russia and India on April 14 celebrated the 75th anniversary of diplomatic relations between the two countries.
A reception was held at the Russian Center for Science and Culture here. The audience was addressed by Russian Ambassador to India Denis Alipov and the chief guest, Minister of State for External Affairs of India V Muraleedharan.
“This very day, 75 years ago, the Soviet Union and India established diplomatic relations. 75 eventful years of proud milestones, and unique achievements. The Russia-India partnership has been remarkably resilient to the challenges of the ever-changing environment. The driving force behind this relationship has become annual summits which sets up the agenda for the multidimensional work of two inter-governmental commissions, sector-wise ministerial and senior official meetings for coordination on the global stage, diverse people-to-people contact. The 21st summit we had in New Delhi last year, which was organized in person, despite the COVID-19 pandemic and introduction of 2+2 Ministerial dialogue yet became another landmark,” said Alipov.
During the official ceremony, a photo exhibition and video chronicles dedicated to the history of bilateral relations were organized.
“Soviet Union was among the first countries to establish diplomatic ties with India, even before the Indian independence. Our Mission in the Soviet Union became independent India’s first diplomatic mission abroad. These are significant pointers of our shared diplomatic journey,” said Muraleedharan.
The event was attended by officials from the Indian External Affairs Ministry and other government agencies, representatives of diplomatic corps, Russian-Indian friendship societies, think tanks, business and media.
“Russia has been a longstanding and time tested partner for India. The real strength of our relationship lies in the close bonds of friendship between the people and the deep sense of mutual respect for each other. Our leaders have set ambitious targets for bilateral cooperation by adding new dimensions to our relationships and diversifying them, working together for the progress and prosperity of our people. India and Russia look to the future with confidence,” added Muraleedharan.