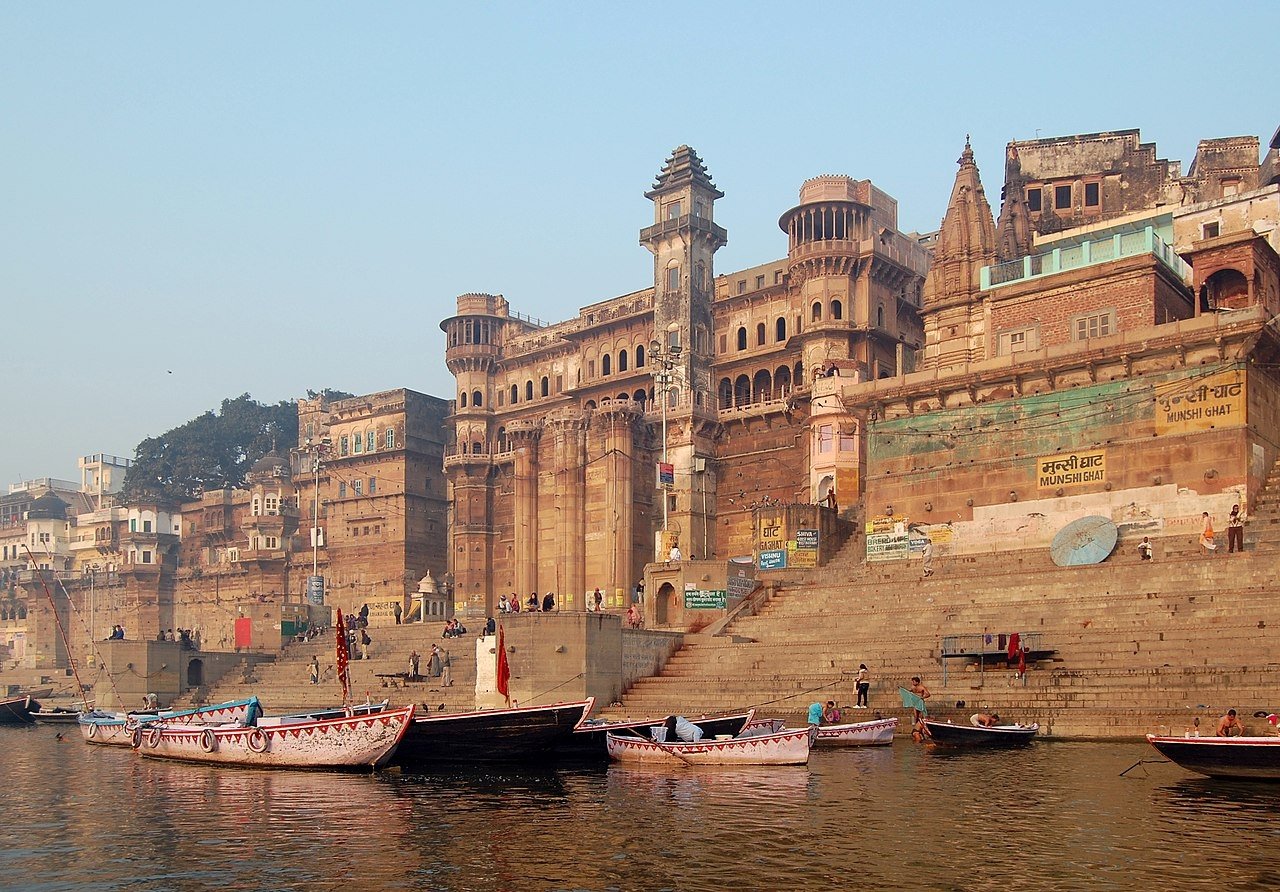 VARANASI – (IANS) – From the ravages of war, this love story between a Ukrainian man and a Russian woman has also had a painful end.

A Ukraine national, Kostiantyn Beliaiev, 50, was living in Haridwar. He was depressed, having lost several family members in the war. He embraced Sanatan Dharma and assumed the name of ‘Kripa Baba’ after getting associated with an ashram in Haridwar. He was on a trip to Varanasi when he ended his life at a guest house in the Narad Ghat area of Varanasi‘s Bhelupur area on Christmas night.

His Russian girlfriend (name withheld on request), who stayed in the same guest house was out of town that day. On receiving the news, she came back and expressed her wish to perform his last rites.

They had known each other for years before they came to India separately.

Officials at the local intelligence unit’s Foreigners Regional Registration Office said, “The Ukrainian embassy contacted Beliaiev’s mother, who expressed her wish that any Ukrainian should perform the cremation. After this, we explored our records and found that a Ukrainian girl, Yana Cshernenya, was studying in Kashi’s Sampurnanand Sanskrit University and contacted her.”

As per the directive of her embassy, Cshernenya claimed the mortal remains of Beliaiev and cremated it at Harishchandra Ghat, where the Russian woman was also present to witness the cremation as per the Sanatan tradition, on December 29.

“I am deeply hurt and depressed,” she said, refusing to comment any further.

However, she consulted local priests and performed the rituals.

Sampurnanand Sanskrit University’s Dr Lekhmani Tripathi said, “Beliaiev was attached to Pilot Baba Ashram of Haridwar. When his Russian friend contacted us, we advised some rituals in view of the fact Beliaiev came from the ‘shishya tradition’ of Pilot Baba Ashram after embracing ‘Sanyas’ and ending his life. She is listening to the Japa of ‘Garuda Purana’ and also trying to perform other rituals with the help of local priests.”

The operator of the guest house, where she stayed, said, “As she also wanted to offer food to people as it is done in rituals of our tradition, I advised her to donate foodgrain to a local ashram, which distributed edibles among the ghat visitors.”

Beliaiev had informed the guest house manager that he would go to an ashram in Sasaram (Bihar) on December 25. However, when he did not open his guest house room for long on December 26, it was forced open, and his body was found hanging from the ceiling.

According to the people in Narad Ghat and adjoining areas, he used to interact with them frequently and was depressed after having lost many family members in the Russia-Ukraine war. He also used to talk about ‘moksha’ after death in Kashi.