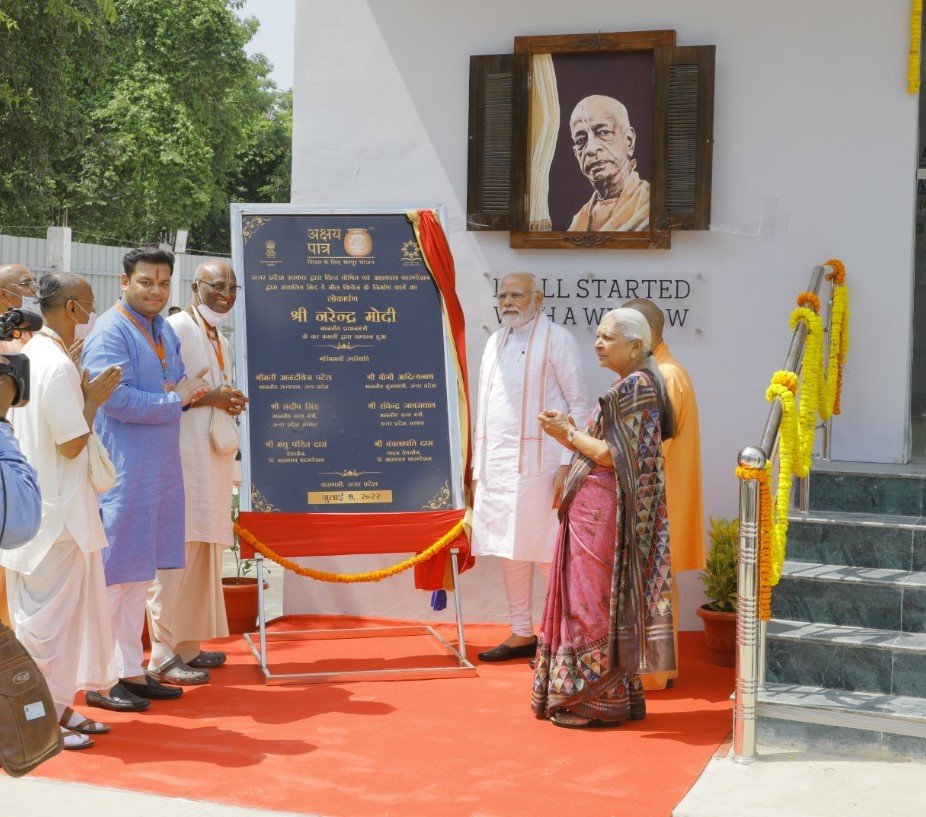 The event was presided by Madhu Pandit Dasa, Chairman and Chanchalapathi Dasa, Vice-Chairman of the Akshaya Patra Foundation. Sandeep Singhal, Co-Founder & MD of WestBridge Capital, India along with his team also visited the kitchen on the day of the inauguration.

After the inauguration, Modi inspected the facility where meals were served to the children.  The guests commended Akshaya Patra’s efforts to address hunger & malnutrition in the country and pledged their support for the organization’s endeavors.

The construction of the state-of-the-art centralized kitchen was supported by WestBridge Capital, an India focused investment firm managing over US$7 billion of capital. The firm has been engaged in making investments in varied philanthropic projects on an ongoing basis across education, health and environment thematics, a press release said.

Established in 2000, The Akshaya Patra Foundation is the world’s largest school meal program, providing hot, nutritious school lunches to over 1.8 million children in over 20,000 schools through 61 kitchens in 14 states and two Union Territories in India.