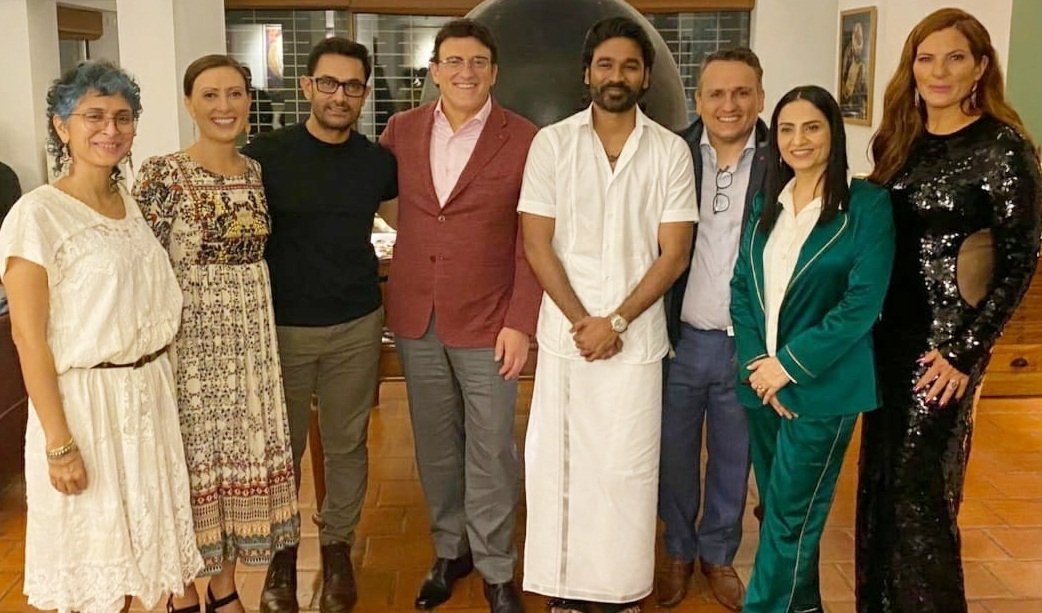 MUMBAI, (IANS) – Hit-machine filmmaker siblings Anthony and Joe Russo, better known as The Russo Brothers, have heaped praise on Dhanush who stars in their film ‘The Gray Man’, which premieres on Netflix on July 22.

The Russo Brothers called Dhanush a “consummate professional” and said that they would love to work with him again.

Anthony Russo and Joe Russo are in India to promote their action spectacle, which, unlike their other films, has not been well-received in the US.

The Russo Brothers said in a statement: “Being here in India has let us see first-hand how much entertainment is thriving here. We are extremely thrilled to have brought ‘The Gray Man’ to life with Netflix and for people all over the world to enjoy the film and see Dhanush in action. He is a consummate professional we deeply admire and respect, and we truly hope for more opportunities to work together again.”

Dhanush also shared his experience of working with the filmmaker duo, who had earlier delivered mega hits such as ‘Captain America: Civil War’, ‘Avengers: Infinity War’ and ‘Avengers: Endgame’.

The actor said: “The Russo Brothers taught me patience, among many other things. I had a wonderful learning experience on the sets, and I enjoyed every moment of it. It has always been my intention to explore and learn more… looking forward to many such experiences.”

They were treated with a scrumptious Gujarati dinner spread by Aamir Khan at his Mumbai residence. Aamir, who was invited to the premiere couldn’t make it to the film’s premiere because of his tight schedule with the upcoming release of his ‘Laal Singh Chaddha’.

Instead, he invited the duo and Dhanush along with the team of ‘The Gray Man’ for dinner. The dinner, which was also attended by Kiran Rao, had delicacies like Papad Luva Patodi, Tuver Lifafa, and Kand Puri, Fafda, Jalebi and Sutarfeni.