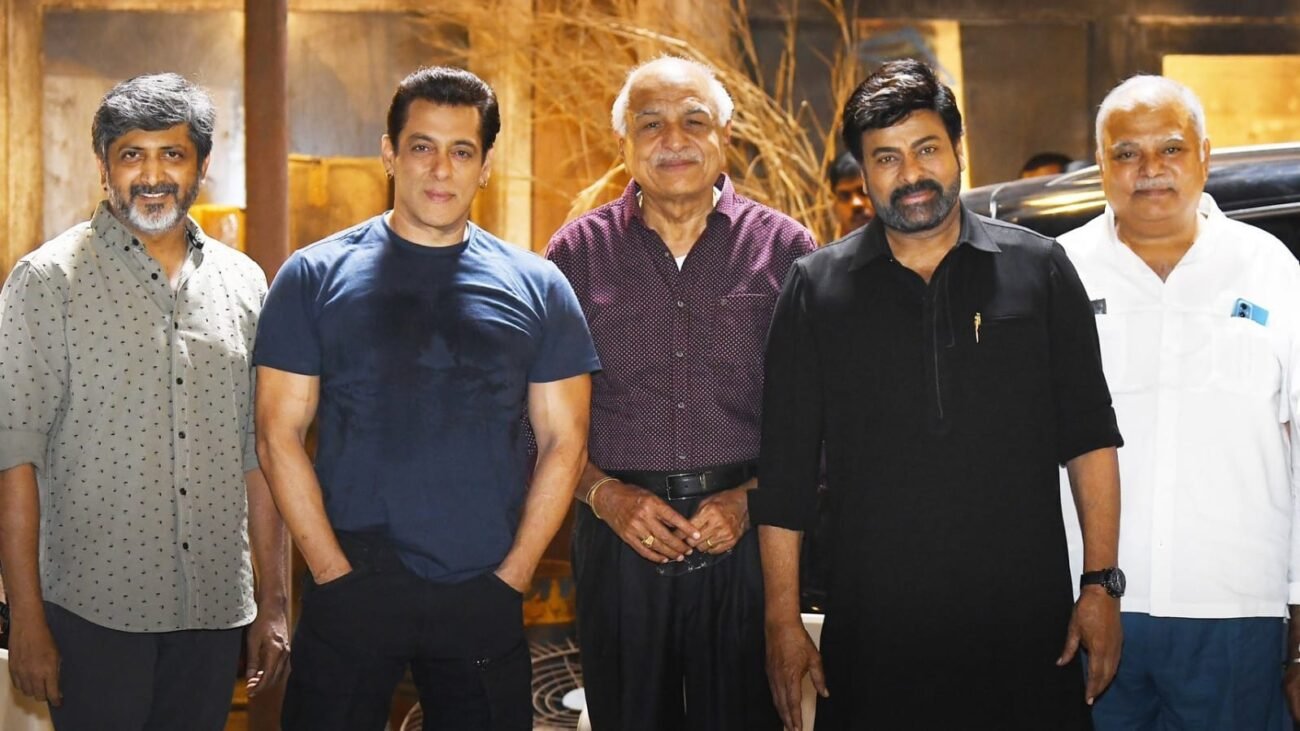 Now that the schedule has gotten a quick wrap, Salman Khan will be soon signing off.

On Mar.22, a picture of Chiranjeevi with Salman Khan, from the sets of ‘Godfather’ has surfaced on Twitter. The duo who shot at the ND Studios in Karjat, posed for a picture along with their producers.

The picture shows Chiranjeevi in a black kurta, a signature look he will feature in ‘Godfather’, while Salman is spotted in a casual tee, standing alongside director Mohan Raja, producer NV Prasad, and RB Choudhry.

‘Godfather’ is the official remake of the Malayalam movie ‘Lucifer’. Directed by Mohan Raja, the film is bankrolled by Konidela Production Company and Super Good Films.

Nayanthara will be seen as the leading lady and Satyadev Kancharana will be seen in a pivotal role. Music is composed by SS Thaman.