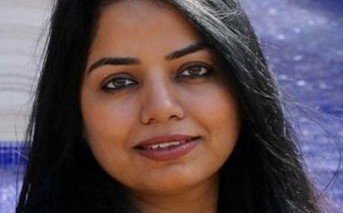 The Confederation of All India Traders is the apex body of the business community of India representing more than 80 million business establishments through more than 40,000 Trade Associations.

CAIT, in their announcement of the award, said that they sought to honor “some of the most credible women entrepreneurs who have excelled in their respective fraternity with outstanding and exceptional work,” a news release said.

Tewary joined the Houston chapter of Sewa International in 2012 as a volunteer, working in the refugee communities, especially the Hindu refugees from Bhutan in the Greater Houston Area.

The Indian American formally joined the Sewa team as a program coordinator in 2014. Tewary worked with women in the refugee community creating a sewing project to help them earn an income. She also started computer training classes and classes for tailoring training. Since 2017 she has been serving as the executive director of Sewa’s Houston Chapter.

To support students in the refugee population, she started a new program called ASPIRE tutorials. This was in early 2013, and the program has expanded to serve three refugee and immigrant resettlement apartment communities, serving over 200 students now.

Her work was recognized by the Texas Association of School Board in 2020. Kavita has continued to serve in the cause of education not only in Houston but has also helped Sewa International chapters with similar programs in California, Georgia, and Ohio. Tewary was also honored with the Parents for Public Schools of Houston Award for her service, the bio notes.

Currently, Tewary is engaged in the planning phase of a project to vaccinate vulnerable populations in her community, especially those from immigrant and refugee backgrounds.

Tewary is a trained pharmaceutical chemist from Lucknow University in India, with experience in drug research. She currently lives in Houston with her husband Ashish Tewary and her two adult children.